Key difference: A prominent difference between Karate, Kung Fu and Taekwondo is their place of origin. Karate originated in Japan, while Kung fu is a product of China, whereas Taekwondo was founded in Korea. 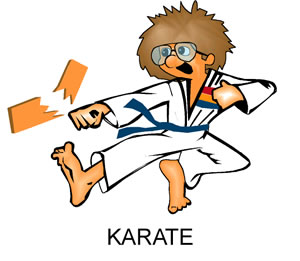 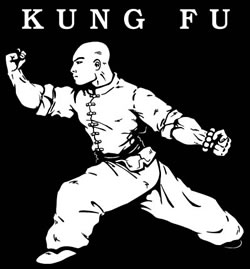 Kung Fu (gong-fu) refers to one of the chief and the oldest martial art forms to have originated in China. It was developed in the 4th century, at the Shaolin temple in China. The term Kung Fu is made up by: ‘Kung’, meaning “work” or “achievement”, and ‘Fu’, which stands for “intensity”. Kung fu, put together, implies the will and commitment of an individual, towards a skill or art that he/she desperately wants to achieve. Kung fu today, is a widely practiced and accepted sport and martial art. However, it was also undertaken as a form of exercise by the Daoists, sometime in the 5th century B.C. 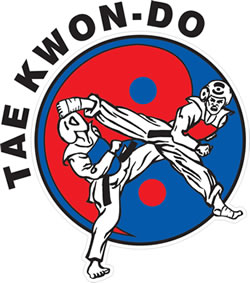 Taekwondo literally means “the way of foot and fist”. It is a term made up of three Korean words: Tae, Kwon, and Do, which mean “foot”, “fist”, and “way of” respectively. Taekwondo is a Korean form of martial art and a combat sport. In earlier times, it was one among the many military art forms in Korea. It originated during the rule of three rival kingdoms in 37 BC - 668 AD. The art form is full of kicking and punching techniques. Which is why, Taekwondo is also said to be "The art of Kicking and Punching" or "The art of unarmed combat". It is simply a way of foot and fist actions, which are used for self- defense.

Traditional Taekwondo typically relies upon the martial art forms, which were established in the 1950s and 1960s in the South Korean military. It was also practiced in various civilian organizations, including schools and universities. Whereas, the modern Taekwondo has two main styles; one is practiced by International Taekwondo adherents and the other is derived from Kukkiwon, the source of the sparring system sihap gyeorugi. Taekwondo is known to develop strength, speed, balance, flexibility, and stamina. In Taekwondo, the legs play a vital role in actions and attacks. The martial artistes have long and strong legs, which act as a weapon at the time of attacks and kicks. Today, Taekwondo is one of the most well-known martial art forms, and is encouraged and practiced in several parts of the world. Nearly, 184 countries and 60 million practitioners practice this art form, hence making it one of the martial art forms among the Olympics.

Therefore, the disciplines of Karate, Kung Fu and Taekwondo are different from each other.