Difference between Advice and Suggestion 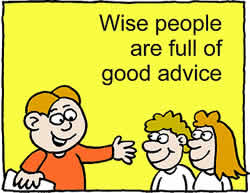 Advice and suggestion are two different words that are often confused and used interchangeably, however, these words are different from each other.

Advice is a term which is used in the sense to counsel. One can give advice for the problem or can simply give a solution. Advice, seems to be an opinion with command or control and even manipulation.

The word ‘advice’ is defined by Merriam Webster as:

A suggestion on the other hand is used in the sense of giving an idea. Suggestion, seems to be used as a plan or an idea without any command or control and manipulation. It is used to describe any suggestion in general.

The word ‘suggestion’ is defined by Merriam Webster as:

Comparison between Advice and Suggestion: