Difference between Almond and Vanilla Extract 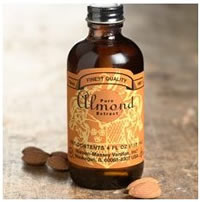 An extract is made by combining oil from the ingredient with an alcohol. This creates a stable, longer-lasting flavoring agent. Alcohol is used in as a binding agent for preserving the flavor’s strength. Ethyl alcohol and vodka are commonly used to make extracts, while, alcohols such as gin, brandy and rum may also be used. 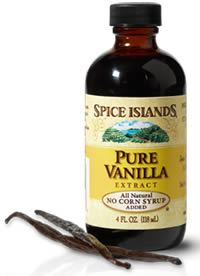 Vanilla extracts, on the other hand, are made by soaking the vanilla beans in an alcohol and water solution, mainly with vodka, as its flavor complements the vanilla. The alcohol then absorbs the flavoring from the vanilla beans over the course of several months. Sugar may also be added to the solution, which results in a dark clear liquid. After several months, the clear dark liquid has a rich aromatic flavor and gives a mild vanilla flavor to the finished dishes.