Difference between Alpha and Beta Testing

The development process of any application includes a series of rigorous testing, in order to ensure that the program passes the requirements and has no bugs that can cause minor glitches or serious problems later on. Typically, there are two stages of testing before any software is considered successfully completed: the alpha testing and the beta testing.

Alpha testing is performed by the users within the organization developing the software. It is done in a lab environment so that user actions can be measured and analyzed. Its purpose is to measure real users’ abilities to use and navigate the software before it can be released to the general public. Alpha testing includes unit testing, component testing, and system testing. The developers use either debugger software, or hardware-assisted debuggers, that help catch bugs in the system quickly. 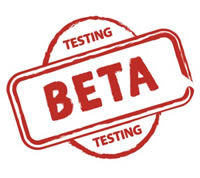 Beta testing, generally involves a limited number of external users. At this time, beta test versions of software are distributed to a select group of external users, in order to give the program a real-world test. This is done to ensure that the product has few faults or bugs and that it can handle normal usage by its intended audience. Sometimes, the beta versions are made available to the open public to increase the feedback. If the audience finds any bugs or faults, they report it back to the developers, who then recreate the problem and fix it before the release. This process helps identify and mitigate defects that were missed during the formal test plan.

Beta testing also helps configure the customer support resources and processes that will be needed post-launch. It also helps give the public a preview of the software, which helps create a buzz before the software’s release. If the audience likes the software, they will discuss it with their peers, post it on their social networking sites, blogs, etc. and thus help promote the product all on their own.

Both alpha and beta testing are critical components of the overall software testing process. They are both required to ensure that the software is free of bugs and faults, and works flawlessly, or as flawlessly as possible.