Difference between Aluminum and Steel

Key Difference: Aluminum is an element that is found in the Earth’s crust. Aluminum is soft, durable, lightweight, non-magnetic and ductile in nature and because it is highly reactive in pure form, it is combined with over 270 different minerals, most commonly with bauxite. Steel is an alloy, meaning it is a mixture of two of more metallic elements or one metallic and nonmetallic element. It is most commonly made from fusing iron and carbon together.

Steel and Aluminum are common substances that are used in everyday life and in almost everything we use. While steel is the most popular alloy, aluminum is the most abundant metal on the Earth. Though these two are used in similar applications, they are completely different from each other. 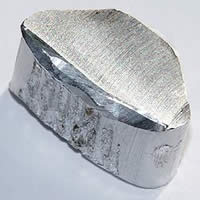 Aluminum is an element that is found in the Earth’s crust. It is the third most abundant element and the most abundant metal. It is not soluble in water and ranges from silver to dull gray in color. Aluminum is soft, durable, lightweight, non-magnetic and ductile in nature and because it is highly reactive in pure form, it is combined with over 270 different minerals, most commonly with bauxite. Aluminum was believed to be used by ancient Greeks and Romans as dyeing mordants and as astringents, though it was successfully extracted to its pure form by Friedrich Wöhler in 1827.

Due to the metal’s low density and resistance to corrosion, Aluminum is most commonly used in applications such as transportation vehicles, aerospace and structural materials. Also because its reactive nature, it is used as a catalyst or an additive in explosives. Aluminum is also used in household supplies such as utensils and packaging, think aluminum foils. Aluminum use is also beneficial in building cars as it is considered to have a better weight/strength ratio. Aluminum is also a good reflector and a good conductor of electricity. It also has about one-third the density and stiffness of steel and can be easily machined, cast, drawn and extruded. 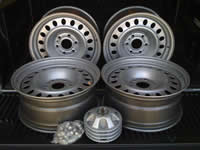 Steel is an alloy, meaning it is a mixture of two of more metallic elements or one metallic and nonmetallic element. It is most commonly made from fusing iron and carbon together. Though carbon is the most common alloying material for iron, other materials such as manganese, vanadium, chromium and tungsten can also be used. Carbon acts as a hardening agent, preventing any dislocations within the iron atom crystal lattice from separating and sliding past each other, making steel more durable. By varying the amount of alloying elements and the form of their presence in the steel, one can control qualities such as hardness, ductility, and tensile strength of steel. Though, steel has been known to be around since 4,000 years ago, it was not widely produced until the 17th century due to the introduction of the Bessemer process. This process made steel production cheaper, efficient and easier.

Steel is made by putting iron through a process known as smelting, where iron is extracted from the iron ore and excess oxygen is removed and the iron is combined with chemical partners such as carbon. Steel, compared to pure iron is more rust resistant and has a better weldability. Other metals are added to the iron/carbon mix in order to affect the properties of steel. Metals such as nickel and manganese add to the steel’s tensile strength and make austenite form of the iron-carbon solution more chemically stable, while chromium can increase the hardness and melting temperature. Compared to aluminum, steel is very malleable. Steel is one of the most common used alloys in today’s world. It is found in various applications such as tools, utensils, automobiles, weapons, and buildings. It is also the most commonly produced alloy with almost more than 1.3 billion tons produced annually.

Both steel and aluminum are 100% recyclable and do not lose any of their properties during recycling. The more they are recycled, the better they are for the planet. Also it is must easier and cheaper to recycle steel, compared to mining for iron ore, which is also responsible for a lot of deforestation.

This legit helps no one, kys