Difference between Android and Android One 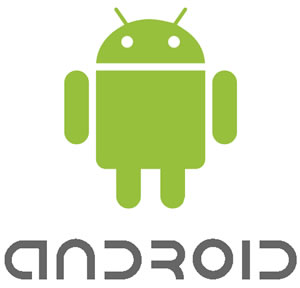 Android is designed primarily for touchscreen mobile devices such as smartphones and tablet computers. However, it does also have specialized user interfaces for televisions, i.e. Android TV, cars, i.e. Android Auto, and smartwatches, i.e. Android Wear. Additionally, Android has also been used in game consoles, digital cameras, regular PCs and other electronics.

The advantage that Android has over other operating systems in the market today is that it is open source, which means that practically anyone can get their hands on the source code and make changes to it, or develop something for it, which is why approximately 71% of mobile developers develop for Android.  Even though it is open source, most devices that come with Android have a combination of open source and proprietary software.

Android was founded by Andy Rubin, Rich Miner, Nick Sears, and Chris White in October 2003. Google acquired Android Inc. on August 17, 2005, and has since grown it to practically take over the market. It was released in 2007 along with the founding of the Open Handset Alliance, which is a consortium of hardware, software, and telecommunication companies that are devoted to advancing open standards for mobile devices.

There have been different versions of Android, each aiming to improve on the previous version. The latest version is Android 5.0, also colloquially known as Lollipop, which was release in November 2014.

Android One, on the other hand, is a standard that was created by Google for the Android systems. This standard is mainly targeted at people buying their first smartphone and customers in the developing world.

Smartphones running the Android One will run software that is close to the original stock Android, which means that it will exclude any and all proprietary software that the manufacturers include in their phones, as well as the often extensive vendor-specific modifications that are included in the phones.

In Android One, the updates will be handled by Google, as some earlier phones had issues with lacking security updates. However, manufacturers can add their own apps if they choose. Google also makes a reference hardware design that is available with Android One, which means that manufacturers only have to manufacture the phone. This reduces the cost of the end product, because it takes away the cost of research and development, as well the cost of creating an OS.

In 2014, phone complying with the Android One standard have released in India, Nepal, Indonesia, the Philippines, Sri Lanka and other South Asian countries. The phones will roll out in more countries over time. So far, Indian brands Micromax, Spice and Karbonn have released the first Android One smartphones in September 2014. More manufacturers are planned to follow gradually.

Comparison between Android and Android One:

i hope this is earth and we are humans.