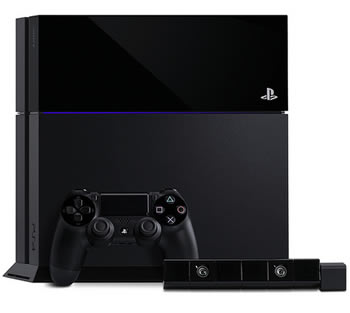 PlayStation 4 (commonly known as PS4) is a video game console of Sony Computer Entertainment, released in the month of November 2013 in North America, Europe and Australia. The console enables interactivity with various other services via the advanced cloud computing, PlayStation App and PlayStation Vita modes. The console is built-up with a processor developed by AMD, which works in cooperation with Sony. It combines a central processing unit (CPU) and graphics processing unit (GPU), along with the memory controller and video decoder. It supports WiFi and Ethernet connectivity, Bluetooth, and two USB 3.0 ports. The primary controllers include the DualShock 4, which functions similar to that of DualShock 3 and connects the connectivity console via Bluetooth 2.1+EDR. The PlayStation camera works on motion sensing technology. PS4 interacts with the smartphones, tablets, and PlayStation Vita as a second screen device. The console runs an operating system called "Orbis OS".