Difference between Apple and Microsoft

Key Difference: The original Apple Computer, also known retroactively as the Apple I, or Apple-1, was a personal computer released by the Apple Computer Company (now Apple Inc.) in 1976, in California. The Microsoft computer was developed by Bill Gates and Paul Allen in 1975. The Microsoft company supports a wide range of products and services related to computing. The company is headquatered in Washington, where its products are developed, manufactured, and licensed.

Apple and Microsoft are two of the biggest companies in the computer industry, and hence are each other's greatest competitors. Today, Apple versus Microsoft is a common debate among youngsters: Which computer is the best? Or what will be worth-buying? What are their advantages and disadvantages? Let’s understand both the computers briefly. 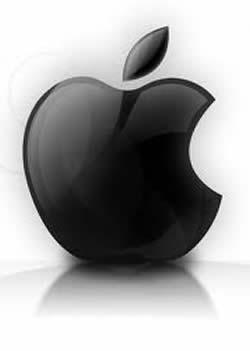 Apple has developed an extremely well-organized and successful supply chain. The Apple system is divided among different types of operating systems: Mac line of computers, the iPod music player, the iPhone smartphone, and the iPad tablet computer. The original Apple Computer, also known retroactively as the Apple I, or Apple-1, was a personal computer released by the Apple Computer Company (now Apple Inc.) in 1976, in California. The CEO of Apple, Steve Jobs removed the word ‘computer’ from the company's name and introduced the iPhone on January 9, 2007. On the revenue list, Apple is the world’s second largest information technology company. The Apple operating system is currently in its 5th generation. The feature “iLife” is a free software by the company, which allows one to edit photos and videos, create their own websites and learn how to play the guitar.

The company’s most recent versions of Apple for all types of devices include: Apple iPad in 2010, from where it started a new trend of tablets, and iPhones which allow 3G, 4G, Wi-Fi and many other capabilities while running on the iOS operating system, making the iPhone a smartphone. Products like Apple TV, Mac, iPad, iPod, iPhone and various softwares are the most known products and are selling tremendously in the market. Apple's brand loyalty is considered unusual for any product. Macintosh refers to any computers produced by Apple Inc. Apple in 2009 introduced a newer version operating system called Mac OS X 10.6 Snow Leopard. 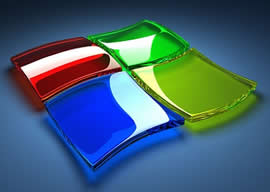 In 1971, Bill Gates and Paul Allen the two childhood friends are the founders of Microsoft. It is a multinational company; the world’s largest software maker measured by revenue. Microsoft primarily makes its profit from business to business, which mainly consists of selling licenses for its operating system to computer manufacturers and office suites for enterprises. Microsoft in 2009 introduced the operating system called Microsoft Windows Vista. In 2012, Microsoft 8 was launched. This operating system was mainly designed for two purposes: personal computers and tablets.

Microsoft is a software corporation and distributor. It sells its operating system, Microsoft Windows, to computer manufacturers around the world. Some widespread computers that utilized Microsoft products are Dell, Acer, HP, Lenovo, Sony and Hewlett-Packard. The computers of these companies are sold with Microsoft’s Windows operating system. Currently, Microsoft does have an advantage when it comes to software compatibility. Though it is different from Apple computers, one will often times see software that is available for Microsoft computers but not Mac (Apple Computer). Microsoft computers have always had numerous options for outside components, accessories and devices.

Comparison between Apple and Microsoft: