Difference between Authentic and Original

Key difference: Adjectives authentic and original are often considered to be same in their meanings; but they slightly differ; i.e. any authentic thing is not original and vice–versa. The word ‘authentic’ means reliable or genuine which can be equivalent to original, but not original. While, the word ‘original’ means the first or the earliest of all, which exist from its birth, the real true form from which replicas can be made, but those won’t be the original one. 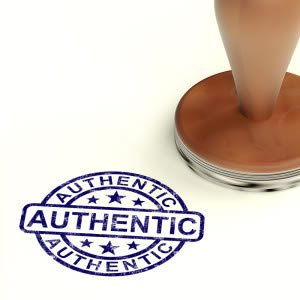 Terms, like ‘authenticate’ and ‘original’ are often taken as same; but they are not, they are different form each another. For consideration, authentic things are made as original ones, which means these are authenticated and processed from all sources and made approved and authenticate as per all the rules and regulations. Especially, all these takes place in case of notary or any law related documents and papers. While, original is a term which refers to any real and true thing which exist right from its origin or birth. These things do not have any change in them; especially the historical preserved monuments and scriptures are considered to be original. So, both terms relates to different perspective and hence are used accordingly.
See the difference between real and fake burberry

The adjective ‘authenticate’ relates to something which is real or genuine and not fake or counterfeit. It also describes something which is reliable or the one which is based on standard and approved facts and hence these things are believes and followed accordingly. As these are not fake or unreal; especially there are authenticated documents, papers, jewelers etc. hence, people trust on these objects and things accordingly and follow them. 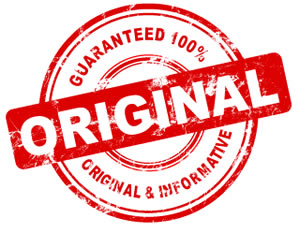 The adjective ‘original’ relates to very beginning or the first thing. For example every individual is an original piece made by the almighty and there is no one like that same individual, somewhere or the other there will be slight difference. Hence, originals are true things which are one and only one. Their copies can be made for reference; hence those copies can be called as replicas but not the original ones.

Hence, originals are the real ones; while authentic are the reliable ones. They are not one and the same, originals are not made they are already there in existence right from their birth. While, authentic things are made authenticated and are real processed ones according to the rules and regulations. Both can have copies, but those copies can be considered only for reference purposes.

Comparison between Authentic and Original: