Difference between Bureaucracy and Autocracy 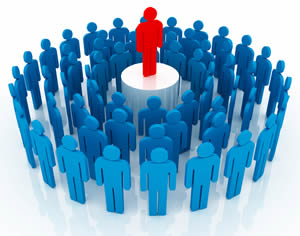 Autocracy is a form of government wherein a single person controls all the affairs of the state. It is a political system in which all the decisions taken for the people and the country lie in the hands of one single person ruling the state. The decisions taken by him are considered supreme and are not subjected to legal restraints. Autocracy is a Greek word which means ‘self rule’. However, the literal translation of autocracy means a place where one man rules everyone, all by himself. An autocrat makes the decision of what is good for the people according to his ideas. He does not take into account any other person's advice. There is no law and the voices of the people are unheard. It is considered to be the same as dictatorship, but an autocrat ruler refrains from hurting his people. 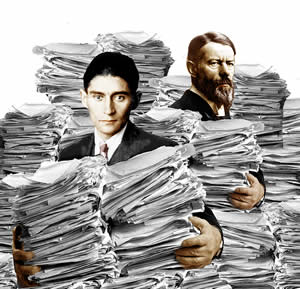 Bureaucracy is a government form, wherein the officials and administrators work for them. It is a government body of non-elected officials and an administrative policy making group. It is an administration which is managed by different departments which are staffed with officials. The term ‘bureaucracy’ has its origins from combining French word bureau – desk or office – with the Greek word kratos – rule or political power. It is often criticized for their difficulty, their inefficiency, and their obstinacy. All the responsibilities, jobs and assignments within a bureaucracy exist to achieve some goals. People working for government agencies are called as bureaucrats. Bureaucracies are found at the federal, state, and municipal levels of government, and even large private corporations. Bureaucracy has negative connotations associated with it, such as long lines, difficult forms, unsympathetic clerks, etc., despite this bureaucracies are important for government agencies to operate. There are characteristics which help run bureaucracies smoothly: a basis of centralized planning and decision making, all the employees and customers should be treated equally, and officials should be organized in a group according to the skills they posses and their managing skills.

Comparison between Bureaucracy and Autocracy: