Difference between Bye and Goodbye

Key Difference: The terms ‘bye’ and ‘goodbye’ are quite similar. They are both parting phrases, which means that they are used when people part ways, i.e. are going their own way. ‘Goodbye’ seems to be too formal, while ‘bye’ is the shortened and less formal way of saying ‘goodbye’. 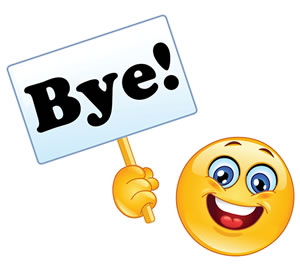 Both, ‘bye’ and ‘goodbye’ are parting phrases, which means that they are used when people part ways, i.e. are going their own way. For example: two or more friends meet up for a movie, after the movie, they part ways to go to their own homes; at this time they would probably use a  parting phrases such as ‘bye’, ‘goodbye’, ‘see you later’, etc.

However, the question arises what are the actual differences between ‘bye’ and ‘goodbye’. The basic answer is the nothing, they are almost exactly the same and can be used interchangeably depending on the speaker’s preference. So, when to use what?

Goodbye was the most commonly used for of the parting phrase back in the day; however its popularity is declining. This is mainly because ‘goodbye’ seems to be too formal and rigid to be used on a common basis. It is fine to be used on certain occasion such as with an elder or a teacher, or professor, or some other professional; however it seems awkward when used with a friend. Hence, it is commonly replaced with informal and shortened versions of itself, such as ‘bye’, bye-bye’, ‘b-bye’, ‘buh-bye’, etc.

Additionally, ‘goodbye’ gives the impression that the bye is somewhat permanent, and implies that they may never meet again; which is why the term ‘goodbye’ is used when it is implied that they are parting ways forever or at least for a long time. For example: “She needed to say her goodbyes when her mother died”, or “They said they goodbyes and broke up.” 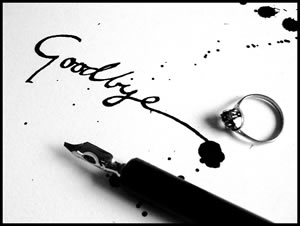 Whereas, ‘bye’, bye-bye’, and ‘b-bye’ are not really that permanent, hence they are commonly used with the implication ‘until we meet again,’ which could be tomorrow, next week, next month, or next year. However, they don’t intent that this meeting will be their last.

Comparison between Bye and Goodbye:

What is the difference between twin vs double