Key Difference: The main difference between Castor Oil and Mineral Oil is the source from which they are derived. Castor Oil it is derived from the seeds of the castor oil plant, whereas mineral oil is a liquid by-product of refining crude oil to make gasoline and other petroleum products. 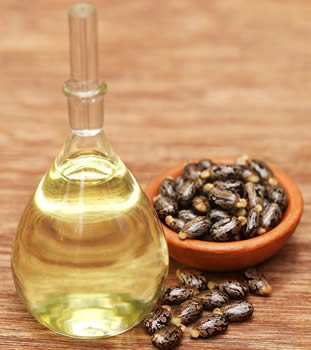 Castor Oil and Mineral Oil are two different types of oil. Obviously, the main difference between the two is the source from which they are derived. Castor Oil is a type of vegetable oil, i.e. it is derived from a vegetable, the seeds of the castor oil plant, to be exact. Mineral Oil, on the other hand, most commonly is a liquid by-product of refining crude oil to make gasoline and other petroleum products.

Another difference between the two is the manner in which they are used. Castor oil and its derivatives are commonly used in the manufacturing of soaps, lubricants, hydraulic and brake fluids, paints, dyes, coatings, inks, cold resistant plastics, waxes and polishes, nylon, pharmaceuticals and perfumes. Whereas, mineral oil has variety of uses, including in the fields of Biomedicine, Food Preparation as well as in Mechanical, Electrical and Industrial capacities. 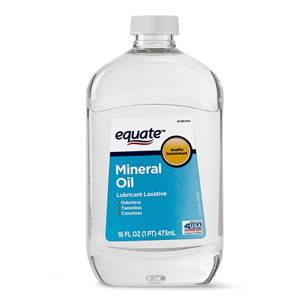 Many people tout the fact that castor oil is natural as a reason for their preference over mineral oil. Since, castor oil comes from a plant, many people feel more comfortable using that on their skin, or even to ingest. This is also the reason why castor oil is often used for homeopathic remedies. Nonetheless, castor oil is not without concern. The castor seed contains ricin, a toxic enzyme, which is usually negated through heat during the process of extraction. Hence, while using castor oil is mostly safe, harvesting castor seeds usually have a negative health effects.

Still, it must be noted that both Castor Oil and Mineral Oil each have their own set of benefits and negatives. Which oil one uses and for what purpose is usually a personal choice, and most people do end up using both for different purposes, either directly or as part of another product, such as makeup, creams, lotion, perfumes, etc.

Lots of misinformation about mineral oil in this article. Really the author should have done the minimum amount of research by just looking on Wikipedia, reading the sources used there directly, and realizing that mineral oil (petroleum jelly as well) has strict processing practices that make it absolutely safe for an astronomical amount of different uses. It's an oil that is inactive, inert, FDA regulated, FDA recognized as safe, non-comogenic (doesn't clog pores), non-toxic, non-carcinogenic, free from contaminants, free from heavy metals, etc. for use in external use (Cosmetics grade or higher) and for internal use (USP or Food grade or higher). It's used on wooden cutting boards to protect from splitting and damage and even to protect from bacterial contamination from water soaking into the board to provide a breeding ground for bacteria. This kind of misinformation from this author is so annoying.

You say that you should not consume mineral oil, yet list "Constipation" as a use for it. ???