Key difference: The Chinese Chop suey differs from the American Chop suey in that the latter is actually a pasta dish, while the former is a dish made of meat, eggs and veggies bound in a thick sauce that is served along with rice or noodles. 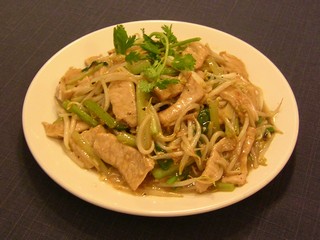 The term Chop suey is always associated with much ambiguity, because of its origin and the ingredients that go into its recipe. Many people believe it to have originated in China, while others opine that this dish first came into existence in America as a result of the Chinese communities immigrating to the western parts of the world. Consequently, the fusion of local American cuisine with the immigrant Chinese cuisine brought about a new style of cooking, known as the American Chinese cuisine. Chop suey is one of the finest illustrations of the American Chinese cuisine.

For making a Chop suey, meat from chicken, fish, beef, prawns, or pork; vegetables such as bean sprouts, cabbage, and celery; and eggs form the major prerequisites. These ingredients are first sautéed and cooked with a variety of spices and condiments, and are then bound in a saucy solution that is later thickened by adding starch to it. The resultant saucy mixture is then served with rice variants such as fried rice, or with noodles. This is what a Chop suey basically entails. 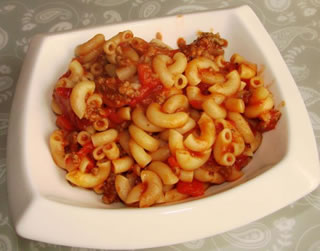 The recipes of both these dishes should make the distinction between them clear enough, but just their names often suffice to conceal this difference. Going by its name, the American Chop suey is called so because it’s sort of a motley assortment of meat, veggies and Italian seasoning, which is what the Chinese Chop suey essentially is except that it contains Chinese sauces and condiments. Notably, adding to this confusion is another variant of Chop suey, which is influenced by the Indo-Chinese style of cooking. Essentially, this type of Chop suey comprises of pan fried noodles topped with a choice of meat in sweet & sour sauce and a fried egg. This Chop Suey is frequently found in many Indian restaurants that serve Indo-Chinese food and as a popular street food as well.

Therefore, the merger of Chinese cuisine with various indigenous cooking styles has brought forth many delicacies having same names, but they do vary in terms of their method of preparation, ingredients, accompaniments and their taste.