Difference between Christmas and Hanukkah 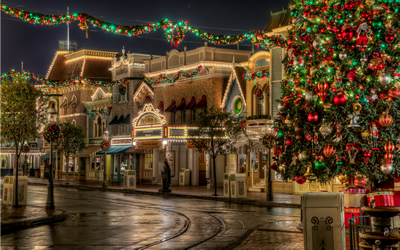 The end of the year brings with it a lot of festivals, including Diwali, Christmas, Hanukkah, Kwanza and New Years. In countries that are a melting pot of different religions, various different festivals can often be observed. Christmas is a Christian festival that is also often celebrated by people of all religions, while Hanukkah is a Jewish festival that is often wrongly believed to be as the Jewish Christmas.

Christmas is a festival that is celebrated in order to commemorate the birth of Jesus, the son of God. Jesus was believed to be the son of God that was born to Joseph and Mary of Nazareth by virgin birth. According to traditions, God visited Mary in a dream to tell her that she will bear his child, who will be the savior of all humanity. During her pregnancy, she and Joseph traveled to Bethlehem because of the census. When they could not get a room in an inn, Mary went into labor and gave birth to Jesus in a manger. The Three Wise Kings visited Jesus and provided him with gifts. This is the tradition behind the Nativity scene, which is often associated with Christmas.

However, Christmas is also considered with a mix of all different traditions from even before Jesus was born. Centuries before the birth of Jesus, the Norse in Scandinavia celebrated Yule or the winter solstice. This celebration extended from the end of December to January and market the end of winter, with people looking forward to longer days and extended hours of sunlight. Fathers and sons would go into the woods and cut large pieces of logs that would burn in the hearth. The family would then feast till the logs burned out. The celebration of the Yule log is associated with this tradition.

With the commercialization of the holiday, Santa Claus became a popular figure for Christmas. The Santa Claus we know now wasn’t always the Santa Claus that was present. Rather, history of Santa can be dated back to the legend of St. Nicolas, a monk that was born sometime around 280 A.D. in modern-day Turkey. According to the stories, St. Nicolas was widely loved and admired because of him giving away all of his inherited wealth and traveled the countryside by helping the poor and needy. He became popular in the US, when the Dutch people living in Europe gathered to celebrate his death. His name was translated as Sinter Klaas, Sinter meaning Saint and Klass being a nickname of Nicolas. The image we have of Santa Claus now – with a huge belly, traveling on a sleigh and the ability to travel down chimneys – was given by famous writer Washington Irving in 1809.

Hanukkah is a completely different holiday altogether. Hanukkah, also known as the Festival of Lights or the Feast of Dedication, can be dated back to the 2nd century BC. The day is celebrated to commemorate the rededication of the Holy Temple (the Second Temple) in Jerusalem. Hanukkah is celebrated for eight nights and starts on 25 of Kislev according to the Hebrew calendar. The dates of Hanukkah change because the Hebrew calendar is a lunar calendar and calculates based on lunar cycles.

According to the traditional scriptures in the Book of Maccabees, the legend goes something like this. Judea was a part of Ptolemaic Kingdom of Egypt until 200 BCE, when King Antiochus III the Great of Syria defeated King Ptolemy V Epiphanes of Egypt at the Battle of Panium. Following the capture, Judea became a part of the Seleucid Empire of Syria. The King, who followed the religion and practices of Egypt, initially allowed the Jews to continue practicing their religion. 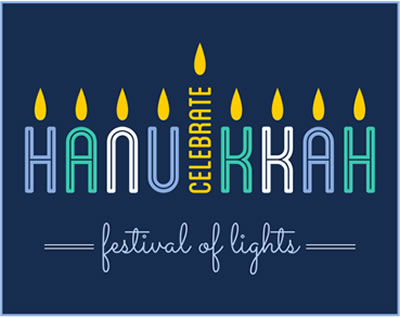 However, in 175 BC, Antiochus IV Epiphanes, the son of Antiochus III invaded Judea and destroyed their land and looted their temples. Following the destruction of the Second Temple, Antiochus IV ordered building an altar to Zeus and banning the practice of Judaism. Mattathias, a Jewish priest, and his five sons Jochanan, Simeon, Eleazar, Jonathan, and Judah led a rebellion against Antiochus. Following the death of Mattathias, Judah because the leader of the rebellion. By 165 BC the Jewish revolt was successful and the Second Temple was liberated. After, the altar for Zeus was destroyed and the temple cleaned, the Jewish people looked for clean and purified olive oil to light the menorah (or the traditional Jewish Candle). The people only found one flask of purified oil marked with the seal of the High Priest that would only last for one day. However, the oil lasted for eight days, until new oil could be processed and purified. The eight days of feast and celebrations are done to commemorate this miracle.

However, according to modern scholars, the King Antiochus IV intervened an internal civil war between the Maccabean Jews and the Hellenized Jews in Jerusalem, a fight that would determine who would become High Priest. The King sided with the Hellenized Jews and as a result prohibited the religious practices the traditionalists had rallied around. These scholars claim that the legend of the miracle oil lasting eight days may be just a story, not truth.

Christmas is often associated with celebration of families coming together, feasts, decorations of evergreen trees and houses in lights. It also include singing carols and exchanging gifts. Hanukkah is often celebrated by lighting a menorah (the traditional candlestick), with each candle representing the eight days. The ninth candle that is in the middle is the one that is used to light the candles. On the first day only one candle will be lit, along with the middle candle. On the second day, the first candle, the second candle and the middle candle will be lit and so forth. The day is often decorated with the Star of David, the Menorah and the blue, white and silver to represent the colors of the Jewish State. The day is celebrated with family and loved ones with lots of fried foods and playing games such as dreidel.

Comparison between Christmas and Hanukkah: