Difference between Confucianism and Buddhism

Key difference: Though there are many similarities between the two, the key difference between them is that Confucianism is an ethical and philosophical system, whereas Buddhism is a followed religion. 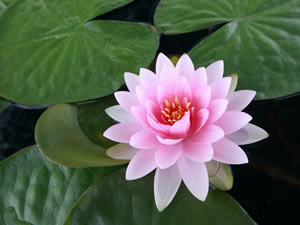 Buddha and Confucius were Asian philosophers from the 6th century B.C, who sought ways to end the people’s sufferings all around the world. Although, both asked similar questions, they had different solutions to the problem. Confucius believed the answer was found in orderly society, while Buddha believed it could be found through personal effort. Both the men led to the foundation of Confucianism and Buddhism in the history and culture of China.

Confucianism is a primary ethical and social philosophy that is built on the foundation of religion to establish social virtues in the society. The core of this philosophy is humanity, morality and ethics. The main focus, here, is on the basic relationship between man and his society. It encourages social harmony and mutual respect between the people. It mainly concerns with the good value that is obtained by establishing social values.

On the other hand, Buddhism is a religion or ‘a way of life’ that is based on personal spiritual development and the attainment of a deep insight into the true nature of life. This term comes from the word ‘Budhi’ which means to ‘to awaken’. This ideology was born under the influence of Siddharta Gautama, also known as the Buddha or the ‘enlightened one’, wherein people seek to reach the state of ‘nirvana’ by simply following the path of Enlightenment. 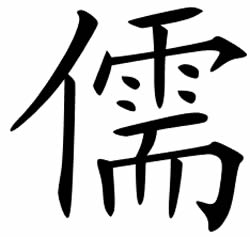 Now, as both the ideas were established in the same century, Confucianism and Buddhism are considered to be parallel to each other. They both are widely analogous in their teachings and ideas, wherein they both promoted their indifference to god, as both of them did not revolve around God. They both considered education as part of life, which is important for the perfect understanding and enlightenment of a person. Another similarity is both the philosophies value, respect and considers the elderly to be the wisest.

Though, at times, Confucianism and Buddhism are similar in certain aspects, they are world apart in their beliefs, ideas, base, etc such as the former is more secular and latter is spiritual in nature. They also diverge in their fundamental beliefs in which Buddhists completely focus their energies in attaining ‘nirvana’ or step outside the wheel of life, and Confucians devote their time in improving their relationship with society and its norms. Thus, further difference between the two can be read on the table below.

Comparison between Confucianism and Buddhism:

Thank you! My college grade blesses you....

Confucius's teachings contains a typo: "Sping and Autumn Annals" should be "Spring and Autumn Annals". As for Buddhism, - under Teachings, in place of "Right Mediation" the eighth practice of Buddhism is "Right Meditation", - under Beliefs, the second precept is "Not taking anything not freely given" (anyone can give!) - under Beliefs, in place of "not adoring one's body" it should read "not adorning one's body" (but please see following). In place of this list of ten precepts which are taken by monks (in Theravada within the context of 227 precepts), nuns (in Theravada within the context of 311 precepts) and renunciate laypeople while temporarily sojourning in Buddhist monasteries, it would be more generally proper to display in this Comparison only the first five rules or precepts followed by all Buddhists in ordinary life, i.e. abstaining from harming any living creature, from taking what is not freely given, from sexual misconduct, from harmful, false or idle speech, and from intoxicants (drugs or alcohol). The other precepts such as not eating solids after midday, not engaging in frivolous amusements or adorning one's body, or not indulging in sleep are followed by laypeople only when staying in monasteries for some time. Not using money is a precept only for ordained monks or nuns. Thanks!

Thank you for pointing these out!! The article has been updated to reflect your suggestions. Thank you.

sorry to say, many misguidednesses are there in this article with Buddhism

Clear and concise. Thank you for the information... now I have to research Taoism. BTW ...I think you mixed up the "Goal" in your table of comparisons.

Thank you, Paul. Yes, the goal was mixed up. It has been fixed now. Thanks.