Difference between Cowboy and Redneck

Key Difference: A cowboy is a man who herds and tends cattle, performing much of his work on horseback, especially in the Western U.S. On the other hand, Redneck is a disparaging or offensive term for a member of the white rural laboring class, especially in the Southern United States.

Both Cowboys and Rednecks are different types of people. The words are mentioning them as if they are similar types of American people, but in the actual sense they have different natures and different lifestyles. The differences between both the terms are mentioned below. 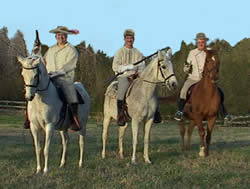 A cowboy is a herder worker, who lives a possibly semi-nomadic life, caring for various domestic animals, tends cattle on ranches in Western U.S. He is the one who typically herds and tends cattle on horseback. The historic term American cowboy was originated from the vaquero tradition of northern Mexico, and became a form of special meaning and legend. Cowboy is a person who puts his heart and soul into everything he does. There are few records for cowgirls or women, who came into existence in the late 19th century, working to drive cattle and obtained considerable respect for their achievements. A hat plays a very important role for cowboys. It must first be properly sized and is particularly essential for the dignified hat-wearer. The more expensive cowboy hats are usually made of felt. Others may be made of straw. 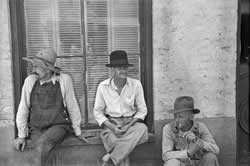 The Rednecks are not so wealthy, possibly uneducated, and are simple villagers at the southern side of the United States. It is basically a disparaging/offensive slang term for the poor white farmers. The term was originated because the farmers have a red neck caused by sunburn from hours working in the field. After sometime, near 1910, the term came to refer to people who go against the usual flow of things and events. It can also refer to a person with a conservative view but can be racialist.

Comparison between Cowboy and Redneck: