Difference between Diode and Resistor

Key Difference: A diode is a type of electrical device that allows the current to move through it in only one direction. It consists of an N-type semiconductor and a P-type semiconductor that are placed together. A resistor is an electric component that is used to provide resistance to current in the circuit. They are mostly used to produce heat or light. 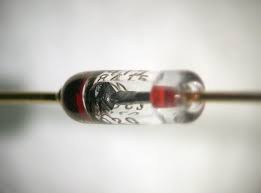 A diode can be described as an electronic component that tends to permit the flow of current in one direction. In addition to this, it also inhibits the current flow in the opposite direction. In other words, it is the simplest of two terminal unilateral semiconductor devices. The two terminals of the diodes are known as anode and cathode. It consists of an N-type semiconductor and a P-type semiconductor that are placed together. The Cathode is the P-Type side, and Anode is the N-Type. A diode can be closely related to a switch. One of the most common types of diode is the ‘silicon diode’. It is enclosed in a glass cylinder and also contains a dark band that marks the cathode terminal.

Diodes are often used for rectifying an AC voltage to a DC voltage. There are various types of diodes. For example, a photo diode is the one which allows the current to flow when light strikes it. These types of diodes are greatly used as light detectors. A diode is also known as a Rectifier. 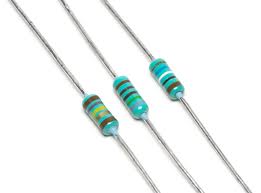 Resistors are electronic components that are used to create a precise quantity of resistance in a circuit. Therefore, a resistor can also be termed as a two terminal passive device. They are generally made out of metal wire or carbon. These components are engineered to be able to maintain a stable resistance value. They are available in various shapes and sizes.

If the resistors are connected in a series, the current through each resistor remains the same. However, when the resistors are connected parallelly, then the supplied current is equivalent to the sum of the currents through each resistor. There are numerous types of resistors like Precision Wirewound, NIST Standards, Power Wirewound, Fuse Resistors, Carbon Composition, Carbon Film, Metal Film, Foil, Filament Wound, and Power Film Resistors. Each of these resistors has a useful purpose.

A resistor is generally formed from a type of resistive material and is put into a cylindrical form. Usually, a resistor has a brownish body with several stripes painted on its body. These stripes are actually a code defining the value of the resistor (in ohms).

Comparison between Diode and Resistor: