Difference between Efficiency and Effectiveness

Key difference: Efficiency is the state or quality of being competent in performance. Effectiveness is the degree to which something is successful in producing a desired result.

Efficiency and Effectiveness are two words which are often confused within their meanings and connotations. They do sound similar and start with the same letter, yet mean something different. They are both commonly used in management terms. 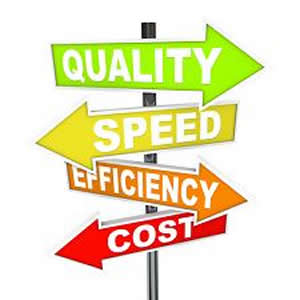 Efficiency, describes the extent to which time, effort or cost is well used for the intended task or purpose. It refers to doing things in a right manner. It is a measurable concept; it can be quantitatively determined by the ratio of output to input. Efficiency is all about focusing on the process and importance is given to the ‘means’ of doing things. Efficiency is based on the principle of the present state. So thinking about the future, adding or eliminating any resources might disturb the current state of efficiency. A lot of discipline and hard work is required to be efficient. This helps build inflexibility in the system. Efficiency is all about doing things right; it demands documentation and repetition of the same steps. Although, doing the same thing again and again in the same manner is considered to discourage innovation. It avoids making mistakes and errors. Efficiency is considered as the performance indicator of any organization.

In scientific terms, efficiency is defined as the ratio of the useful work done by a machine to the energy supplied to it. It is expressed in percentage. It is used to calculate electrical, mechanical, and thermal efficiency. In economics, efficiency is the general term capturing the amount of undesirable features; market efficiency is the extent to which a given market resembles the ideal of an efficient market. 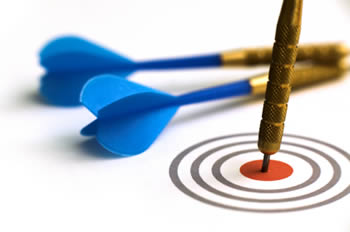 Effectiveness is defined as the capability of producing a desired result. When something is deemed effective, it means it has an expected outcome, or produces a deep, vivid impression. The origin of the word ‘effective’ is from the Latin word effectīvus, which means creative or productive. It means doing the right things. It constantly measures if the actual output meets the desired output. It focuses on achieving the end goal. Effectiveness believes in meeting the end goal and therefore takes into consideration any variables that may change in the future. It believes in long term strategy, and thus it is more adaptable to any change in the environment. It encourages innovation as it demands people to think outside the box, which helps in the different ways that they can meet the desired goal. It is all about gaining success, so a few errors and mistakes do not matter. It does not focus on the resources spent in achieving the desired effect. All that matters is the achievement.

Effectiveness is used in science and mathematics, the following are a few examples:

Comparison between Efficiency and Effectiveness: