Difference between Feelings and Emotions

Key Difference: Feelings mean anything that can be experienced via touch, smell, sight or any other sensory organ. Emotion is used to describe psychophysiological expressions, biological reactions, and mental states.

Feelings and emotions are two related concepts  that are often confused due to them being similar in nature. Many people use these words interchangeable and they may not be wrong as in many cases these words can be used interchangeably. For example: A person could have happy feelings but this could also be their emotions. Confused how? Let’s look at the definitions below. 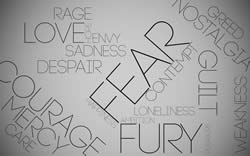 The word ‘feeling’ is derived from the verb ‘to feel’ and means anything that can be experienced via touch, smell, see or any other sensory organ. It then broadened to describe experiences that were not limited to physical sensations. This meant that it could now also be used to explain any type of experience that happens beyond physical, i.e. the feeling of warmth, cold, etc. APA Dictionary of Psychology states that this word is reserved for the conscious subjective experience of emotion in psychology. It simply means that the emotions that are being realized by the individual. Psychotherapy, sympathy and empathy depend on people realizing and understanding another person’s feelings. Feelings are believed to be a state of consciousness that arises from emotions, sentiments or desires. Feelings can be short-term or long-term depending on the type of feeling. For example, feelings of love are long-term, while happiness or sadness can be short-term. Examples of feelings include excitement, shock, pain (physical), etc. 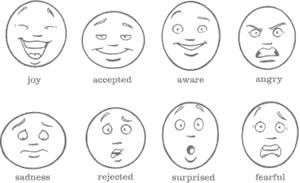 The word ‘emotion’ is used as a generic term for subjective, conscious experience that is characterized primarily by psychophysiological expressions, biological reactions, and mental states, according to Wikipedia. It is often associated with mood, temperament, personality, disposition, and motivation. Many branches of science state that emotions are often caused by the release of hormones and neurotransmitters, which then convert this emotion into feelings. Hormones and neurotransmitters include dopamine, noradrenaline, serotonin, oxytocin and cortisol. Hence it can be said that all of the emotions stem from the brain, which then sends for hormones and neurotransmitters to make the body realize these emotions, which are then converted into feelings; these feelings are often short-lived. Emotions are considered to long-lived and are believed to be often the driving force behind motiviation. Examples of emotions include affection, lust, hurt, jealousy, etc.

‘Emotion’ is defined as:

Something that causes such a reaction: the powerful emotion of a great symphony.

Now, let's get back to the original example in the beginning; the particular feeling of happiness could also be an emotion as the brain could release endorphins or other hormones, which would then convince the body that it was feeling happy. This would result in a person experiencing happiness as an emotion as well as a feeling. Feelings are experienced via physical means as well as mental states. However, emotions are often considered to stem from mental states. Emotions are also believed to be scientifically related and go deeper to a person’s mental state and how an individual’s brain works, while feelings are only what a person experiences on the surface. Feelings can also trigger emotions, such as a certain smell (i.e. pie) could take a person back to good memories which can help the brain release hormones making the person feel strong emotions of happiness or sadness. Also feelings are easier to subside, while emotions need to be worked out. If emotions are constantly bottled up they can cause a person to have an emotional breakdown.

Emotions are well established in the mind and arise when faced with some particular situation, circumstance and turn of events. Some of these are anger, happiness, love, compassion, sadness, fear, surprise etc. Feelings are combinations of thoughts, sensations, experiences good or bad and fixed notions in the mind. If some guy creates hurdles in our way, irritates us badly, misbehaves with us, exploits us and hurl abuses at us, we create feelings of animosity, hatred and aversion for that guy in our mind. Likewise, if some person is well disposed toward us, we have feelings of love, friendliness and empathy toward him/ her. When faced with such guys, we are filled with certain feelings but they cannot be termed as emotions. Emotions are like hidden elements that are surfaced suddenly and evaporated after sometime whereas feelings are intact. Though our emotions are part and parcel of our mind and are in a way inherent, feelings are outcome of our own products based on our own experience.

To me a feeling last longer and an emotion is just a small flash and/or the beginning of a feeling. An example can be fear. Say you are fearful of spiders. The emotion "fear" sends a quick flash of safety to you and you have the feeling fear embedded into your mind. Now that feeling can stay with you for several hours, but the emotion fear itself has been turned off and new emotion turn on.

Ya thanks for the help

thanks you guys you're great help!