Difference between FIR and Police Complaint

Key Difference: FIR is a First Information Report. It is related only to cognizable (criminal) offences. On the other hand, police complaint can be cognizable or non-cognizable offences. 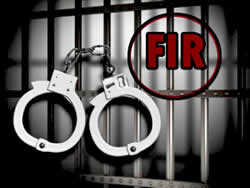 FIR is a First Information Report, a complainant who is aware of the offense, as an eye witness and as hearsay account, lodges an FIR. It is information given to the Police Officer. FIR is a very serious registration that one can make. It should not be gossip and that should be traceble, and after the complete investigation the source takes the responsibility. An irresponsible rumor should not result in the registration of a FIR. It is mandatory to give a copy of the first information report (as recorded by police) to the complainant or the informant free of cost.

Legally, a case may not be registered as there is always a doubt about its authenticity and if it does not satisfy the tests of Section 154 Criminal Procedure Code being not 'an oral statement clear and reduce in writing', it will be considered as a wrong or fake statement.

On the contrary, a Police Complaint can be a cognizable or non-cognizable offences complaint. Complaint means any allegation made orally or in writing to a Magistrate, with a view to his taking action under the code of criminal procedure (1973), that some person (whether known or unknown), has committed an offence. It can be related to a robbery, accident, murder, etc. Thus, it is quiet possible that a police complaint can also be converted into FIR, if the investigation proves to be a serious matter.

A person can complain anytime he wants. There is no limit on making a complaint, but it is best to do it as quickly as possible after the incident. Under the Indian Penal Code, it is said that if more than 12 months have passed between the incident and the date when the complaint is made, then the appropriate authority may not register it. There should be a valid reason for not making a complaint. However, it does not guarantee that the complaint will be investigated.

Thus, one needs to be very clear about the two terms, FIR and Police complaint, that for what reason and on which basis they both can be used.

Dear Vaibhav FIR is registered for serious Cognizable Offence, what is the Crime, or what Evidence you have, or .... these details you have not mentioned , perhaps you may not be clear. So better meet some Advocate or give Full details, without which We cannot guide. Thanks. Prayers for You.

My grandfather bought some land from someone with his hard work.he had four sons,they shared that land equally and for all their to go into the land and for transport facilities they given way to each land but my fathers land there is a small water canal,on that canal we want to cross by putting a small concrete pipe but my father's older brother not accepting to put pipe in the canal .for this problem what can I do

Hello sir/madam, , my cousin and his mother were alone at home, they belong to sc category.. Due to some past complaints one person came to my aunts home with metal rod to and tried to hit them.. He has even insulted my aunty and my cousin for being born as dalit.. With very bad words.. While fighting the opponent has got small hurt in his head with little bleeding also.. For tat FIR has been filed by him against my 16year old cousin who s also a student.. But when we went to complain about the incident and harassment police have utterly ignored us without filing an fir..my cousin ran away from village by getting scared.. Now both his life and his career at stake.. Please suggest some measures to stop these type of casteism and politically influential torture's..

time barred . its too late . however if you have some solid reason you can file a suit , but you have to prove the beating incident

I had filed a written complaint against my relatives after 5 days of incident of beating me in public i.e in front of large nos. of society members, which took place around 17 months back. The police did not take any action. Can I do anything about it now?