Difference between Firefox and Chrome

Key difference: Both Firefox and Chrome are freeware web browser. Chrome is a web browser by Google. Firefox is another web browser. It is developed and distributed by the Mozilla Corporation, a subsidiary of the Mozilla Foundation. 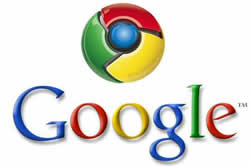 Both Firefox and Chrome are freeware web browser, i.e. web browsers that are free for people to download and use. A web browser is a program which lets you see the internet. It displays various webpages, which is how it allows someone to surf the web, view online content, such as blogs, videos, images, etc. It is what we use to access our e-mails, and our favorite social networking sites, such as Facebook and Twitter.

Chrome is a web browser by Google. Google launched Chrome as a beta version for Microsoft Windows on September 2, 2008 in 43 languages. The stable public release followed on December 11, 2008. Eventually, Chrome was also released for use for OS X and Linux, followed by a version for mobile usage, specifically, Android. In September 2008, Google released the majority of Chrome's source code as an open source project called Chromium.

Firefox is another web browser. It is developed and distributed by the Mozilla Corporation, a subsidiary of the Mozilla Foundation. Firefox originally began as an experimental branch of the Mozilla project by Dave Hyatt, Joe Hewitt and Blake Ross. It was originally titled Phoenix; however, due to trademark problems, it was changed to Firebird. This again led to trademark problems. Eventually, the team labeled the product Mozilla Firefox, often commonly known as Firefox. Firefox was initially released on September 23, 2002. It uses the Gecko layout engine to render web pages. The Gecko layout implements current and anticipated web standards. 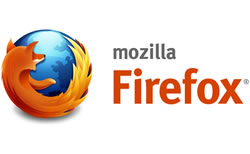 Comparing the usage of the two browsers, there isn’t really any difference. Chrome is considered to be slightly faster, however turning on pipelining in Firefox will result in equal speeds. Both are known for their minimal design and both have apps and additional extensions and tools available for greater control and usage. Both, automatically update in the background and load the changes the next time the program is used. This automatic update also fixes security issues and key stability updates. The only actual difference between the two is personal preference.