Key Difference: A Universal Serial Bus (USB) flash drive is a portable flash memory device. It includes a printed circuit, a flash chip and a USB connector. Pen drives, also known as memory sticks or USB sticks are used to store data, records or any information from the computer. 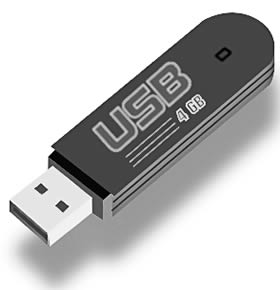 Flash drives have many different usages for data storage. A Universal Serial Bus (USB) flash drive is a portably type of flash memory device. It includes a printed circuit, a flash chip and a USB connector. These components are protected inside a hard plastic, metal or rubber case. Flash drives were invented in 1999 by the Israeli company, M-Systems, though their patent describes a product that has a cable between the memory unit and the USB connector. IBM also filed a patent in 1999, whose design was more similar to the flash drives we have today. USB flash drives are similar to the old floppy disks, which also saves data in flash memory. The main purpose of flash drives is not for long term storage, but rather short term storage and data transfer. Flash drives, as compared to old diskettes and CD-ROMs, are faster and have more storage capacity. They are also more durable and reliable as they have no fragile moving parts. 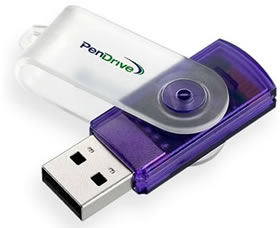 However, in 2001, the Phison company developed a removable data storage device, which was named 'pen drive'. Since then, a pen drive has incorrectly been synonymous with all USB flash drives.