Difference between Fox, Jackal and Wolf

Key Difference: Fox, Jackal and Wolf, all three mammals belong to the Canadae family of mammals. Canids are further divided into the Canini (dog-like canids) and Vulpini (fox-like canids). Most of the foxes belong to Vulpini tribe, whereas wolves and jackals belong to Canini tribe. Wolves fall in the largest members of the Canadae family and are part of the Genus Canis (except Maned wolf). Jackals include 3 species which are commonly found in Asia, Africa and Europe. Nearly 37 species are included in the Fox group. However, only 12 species are known as ‘true foxes’. Generally,  Fox and jackal do not hunt in packs like wolves. 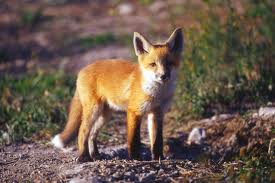 Fox is a member of omnivorous mammals which belong to the dog family (Canadae). Actually, the term fox refers to the species classified as “true” foxes (genus Vulpes).  The female is called a vixen. It is a highly alert animal. Foxes have lean bodies which are covered with long and thick fur. They have short legs and a long bushy tail. The color of fur varies from species to species.

It can be of any color from almost white to red. Fox is related to animals like jackals and wolfs, which are members of the coyote family. Fox is well known for its excellent hearing and smell sensing capability. 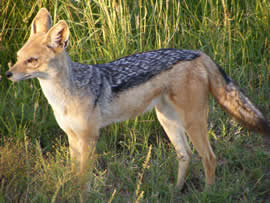 Various breeds of foxes are found like – red fox, arctic fox, bat-eared fox, etc. However, red fox is the most common breed among them. Jackal is a wolf-like carnivores belonging to the dog genus Canis, family Canadae. It is a medium sized carnivore which possess doglike features. It also has a bushy tail. 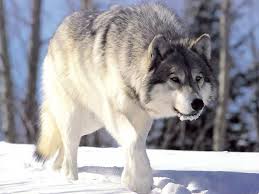 Wolf are also dog-like mammals.  They are wild carnivorus mammals and  belong to the Order Carivora of the family Canadae. There are three species of wolves – Cannis Iupus (The Gray Wolf), Canis Rufus (The Red Wolf) and Canis Simensis (The Abyssinian Wolf).  They are well known for their spine-tingling howl which they use for communication or sending messages. The average life span may vary from six to eight years.

Fox, Jackal and Wolf, all three mammals belong to the Canadae family of mammals. Canids are further divided into the Canini (dof-like canids) and Vulpini (fox like canids). Most of the foxes belong to Vulpini tribe, whereas wolves and jackals belong to Canini tribe. Foxes are generally smaller than jackal and wolves.

Comparison between Fox, Jackal and Wolf:

In Distincive Features in the wolves side, it says fxes. Is that supposed to be there?

The jackal and fox types have been switched