Difference between Gay and Queer

Key Difference: Gay is a term used for homosexuals. Whereas, queer is a slang term mainly used for people identifying as LGBT. 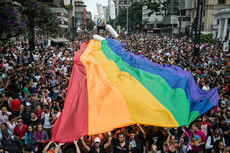 Gay is a term that is used instead of homosexuals. This was a word originally used to refer to feelings of ‘carefree’, ‘happy’, or ‘bright and showy’. By the last decade of the 20th century, this term was used with the meaning of homosexual. Homosexuality is romantic or sexual attraction or behavior between members of the same sex or gender. Homosexuality, along with bisexuality and heterosexuality, are the three main categories of sexual orientation. Gay, as a title given to a group of people, doesn’t make it shameful or awkward for the homosexuals. 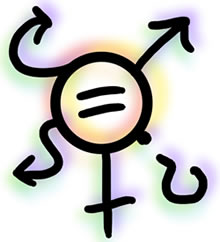 Queer is a slang term used for sexual and gender minorities (LGBT). In the 1990s, the term was re-appropriated from its use as an anti-gay epithet. Many LGBT groups have objected about the term as it is harsh and unjustifiable for them to be called as a queer. It also includes other sexual orientations like pansexual, pomosexual, intersexual, genderqueer, asexual and autosexual. It is a slang term that makes the LGBT community aggressive.

The differences between a gay and a queer are as follows:

website. I really hope to see the same high-grade blog posts from

you in the future as well. In truth, your creative writing abilities has

motivated me to get my own, personal website now ;)

bookmarked!!, I love your blog!

I've been surfing on-line greater than 3 hours these days, yet I never

you did, the web can be much more helpful than ever before.