Difference between GDP and National Income

Key Difference: GDP is used to calculate all the products or services that are produced within a country’s boundaries and is a small part of the National income. On the other hand, national income is the sum of all the income a country makes including GDP, GNP, GNI and income from abroad.

Gross Domestic Product (GDP) and National Income are terms that are most commonly heard in macroeconomics. These financial terms are used in order to determine the earnings of a country.

Gross Domestic Product (GDP) is the market value of all the products, goods and services, which are produced within a country during a selected time, commonly in the country’s financial year. GDP per capita is often considered an indicator of a country's standard of living, though it is not a measure of personal income. However, GDP does not include services and products that are produced by the nation in other countries. In other words, GDP measures products only produced inside a country’s borders. For products produced abroad, Gross National Product (GNP) is used to determine the income.

GDP measures the overall economic output of a country and also determines the local income of a nation. GNP is based on ownership and includes goods and services produced by enterprises owned by a country's citizens in another country. For example, products produced by the United States in China, will count as GNP in the US, and GDP in China. This makes GDP a more attractive factor for governments, compared to GNP. GDP can be calculated in three different ways, which in principle should provide similar results; these are the production approach, income approach and the expenditure approach. Production approach is the market value of all the FINAL products and services calculated in one year. Income approach calculates the sum total of incomes of individuals living in the country during a year. The most commonly used is the expenditure approach, which calculates GDP by determining all the expenditures incurred by individuals during one year. The formula for the expenditure is expressed as follows: GDP = C+ I + G + (X-M), where ’C’ is consumption, ‘I’ is gross investment, ‘G’ is government spending, ‘X’ is exports and ‘M’ is imports. 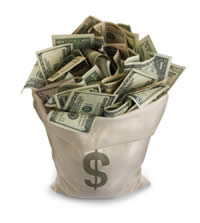 National income measures the money value of the flow of output of goods and services produced within an economy over a period of time. It also includes income acquired from business done abroad. Dictionary.com defines national income as, “The total net value of all goods and services produced within a nation over a specified period of time, representing the sum of wages, profits, rents, interest, and pension payments to residents of the nation.”

The national income is used to determine the overall economic health of the country, trends in economic growth, various production sector contributions, future growth and standard of living. National income is used to measure level and economic growth of a country. GDP, along with GNP and GNI (Gross National Income) are used to determine the ‘National Income’ of a country. GNI and Net National Income (NNI) contribute heavily to calculating the National Income. GNI is the personal consumption expenditures, the gross private investment, the government consumption expenditures, net income receipts, and the gross exports of goods and services, minus two components; the gross imports of goods and services, and the indirect business taxes. The Net National Income is defined as the net national product (NNP) minus indirect taxes. It calculates the income of households, businesses, and the government.

In a nutshell, GDP is used to calculate all the products or services that are produced within a country’s boundaries and is a small part of the National income. On the other hand, National income is the sum of all the income a country makes including GDP, GNP, GNI and income from abroad.

This was very Helpful, U have explained it well and easy to understand. Thank you.

Thanks! This was really very helpful :)