Difference between IMAX and Regular Theatre

Key difference: IMAX and Regular Theatre differ widely in their screen sizes, i.e. the IMAX screen is six times larger than as compared to that of the regular theatre screen.

As the entertainment industry is flourishing and increasing day by day, there are various types of standard theatres in the entertainment zones and industry. IMAX as compared to other regular theatres proves to be more efficient and advantageous; IMAX from all aspects is more entertaining and enjoying too. 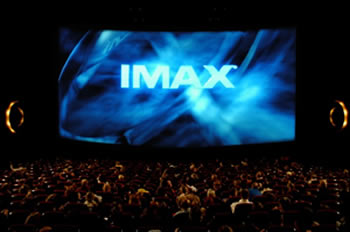 The IMAX theatres are known to provide real visual and audio effects. They were introduced in 1971, but have flourished in the 2000s. Earlier, these used to display only nature films, but today there are a variety of visual movies that can be viewed in these theatres. The IMAX has a large circular dome and flat screen, due to which the real effects of the movies can be enjoyed by the feeling, as if the viewer is in the movie. These theatres work on the linear polarization technologies and use the advanced cameras. One such specialized feature of the theatre is that, the scene from one point of view can be viewed from all sides, i.e. the pictures are so enlarged on these screens that the scene is separated from the left and right eye point of view. IMAX has special Sound Engineers or Audio Engineers who specify in creating speakers with a more powerful output in addition to crystal quality sound. Currently there are 697 IMAX theatres in 52 countries. 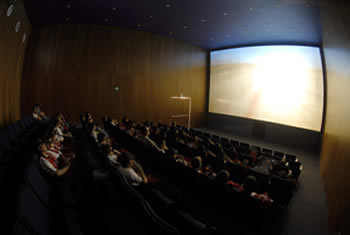 Regular theatres are common traditional theatres which are preferred since the earlier times. Earlier these theatres used to work on the previous technology, but today along with time, there is a change in their technology. They have changed their cameras and implemented the modern entertainment techniques in the theatres. These theatres are famous for the 2-dimensional movies, especially for the ones of the 80’s and 90’s. They have straight and plain screens which are viewed by sitting at the frontal position. The picture quality is limited in their case, as they are able to incorporate only a limited range of pixel and resolution. Normally, these types of theatres are available in all cities and even in the rural and developing areas.

Description wise, the idea is clear that the IMAX theatres are more advantageous than the regular theatres, the IMAX theatres are known for their picture and sound quality. The IMAX screen usually spans from wall to wall, unlike traditional screens that are mounted in the center of the room. The light used to project an IMAX film is a super bright 15,000 watt Xenon Bulb, which allows for a better, stronger, clearer picture with a higher rate of contrast as compared to that of a regular theatre as these are limited with the pixel resolutions. The IMAX theatres have an increased resolution with enhanced sound effects which do not cause any problems to the eyes and ears while enjoying the movie.

Hence it concludes that though the IMAX theatres are more costly as compared to that of the traditional regular theatres, they are worth watching and experiencing the movies in.

Comparison between IMAX and Regular Theatre: