Difference between Integer and Number

Key Difference: An integer refers to a whole number meaning that it is not in the form of a fraction. Integers comprise of whole numbers as well as their opposites. A number can be described as a mathematical value that is represented through a word, symbol or figure. These numbers are used to denote a particular quantity. Numbers are generally used for measuring, labeling and ordering. 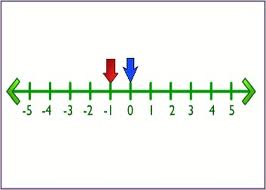 Integers can be described as whole numbers meaning that they do not have any fractional parts. Integers also include negative numbers. It is important to mention that 0 is also included in the list of integers. Zero is considered to be neutral which means that it is neither negative nor positive. If a number is written as a decimal or a fraction: for example, –8.00 and 12/2, both would still be referred to as integers, because they are equal to –8 and 6, respectively. Number theory is a branch of pure mathematics that is devoted primarily to the study of integers. 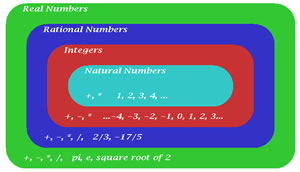 Numbers form the base of Mathematics. The history of numbers can be traced back to the early civilizations like the one in Sumeria, around 4000 BC. Earlier, counting was done with the help of tokens. Each token used to represent a tangible entity. Clay tablets evolved in order to write the marks corresponding to the tokens. Later, Egyptians changed the concept of number; as a unit of measuring things instead of just a unit for counting. Pythagoras of Greece introduced the idea of even and odd numbers. Thus, the numbers kept on evolving and finally took a shape of an object that can be used to count, label or to measure something. A notational symbol that represents a number is known as a numeral. Numbers are generally classified according to their type. A number does not hold any importance and it only becomes significant after being associated to a group of objects with some shared characteristics.

Comparison between Integer and Number: