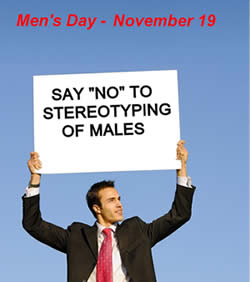 International Women’s Day is a very popular and known day, where women are honored for their suffering and successful women are apprised for making a difference in the world. International Men’s Day is a similar day but just for men. That’s the broad difference between the two, gender. However, the meaning behind the two days is much more elaborate.

International’s Men Day is more recent annual international event that started in the last twenty years. Although, not yet celebrated worldwide, it is on its way to become an international holiday similar to International Women’s Day. Although, many people make fun of this suggesting that the day exists simply because women have an international day, hence so should men, the meaning behind this day goes deeper. The day is a way to create more equality between the two genders. Additionally, it is also a day to honor and commemorate the men in the society that have worked to make a difference. These men are father figures or role models of the community and this day allows people to respect and admire them as such. The day is also used as a platform to focus on issues such as health issues, gender relations, promoting gender equality, highlighting discrimination against men, etc. 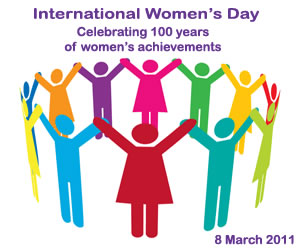 International Women’s Day is a day (in addition to giving women free things) to commemorate women for their success and praising them for suffering years of hardships and gender inequality. Celebration of this day can be dated back to 1909 in the United States, when women (mostly immigrant ones) would work for 8 long hours in horrible conditions in sweatshops for low pay. Many of these women started holding non-violent protests in order to fight for better hours and wages. The day gained more importance following the 1911 fire at a Triangle Factory, which resulted in the death of 123 women and 23 men. In the following years, many other countries also started celebrating this day in honor of women. The day is supposed to acknowledge and celebrate the women who have made a difference in the world and have fought to make the world a better place for everyone, including women. It also aims to uncover and discuss multiple issues that women around the world still face, such as education barriers, work barriers, inequality, fair treatment of women, etc.

Although, commercialization has reduced the significance of these two days, these days are considered important among many communities. Both the days aim to bridge the gap in genders and make the world a less gender bias place. The days tell people that stereotyping, violence, inequality and many such issues are also faced by men and not only women.