Difference between Islam and Muslim

Key Difference: Islam believes that Jesus and Muhammad are prophets of the Lord and are tasked to bring the true word of God to the people. On the other hand, Muslims follow the religion of Islam. 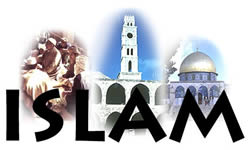 Islam and the Muslims follow the religion of the Prophet Mohammed and the Qur’an. There are thousands of faithful followers that have now settled across the world, but many of the non-Muslims don’t have a clear idea that what this religion is all about. First of all, their language is completely different, but beyond linguistic difference there are very few differences between Islam and Muslim.

Islam simply means ‘submission’. It was derived from a word meaning ‘peace’. Islam is the second-largest religion and one of the fastest growing religions in the world. It is only succeeded by Christianity. Islam is a monotheistic and Abrahamic religion that is guided by the Qur’an. The Qur’an is composed of the word of God and the teachings and examples of Muhammad, the last Prophet of God. A follower of Islam is known as a Muslim. Many Muslims believe that their sole purpose is to worship and serve God, for which they have established the five pillars of Islam that guide a Muslim on almost every aspect of life and society.

Muslims follow the religion of Islam. Muslim is usually used in conversation to distinguish a person. Muslims believe in incomparable God; in a chain of Prophets starting with Adam and including Moses, Job, Aaron, David, Jesus and many more; peace is upon them, etc. There is a very simple way that someone can become a Muslim. One just has to say ‘there is no god apart from God, and Muhammad is the Messenger of God’, by this declaration the believer announces his or her faith in all of God’s messengers. 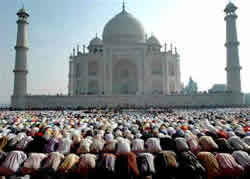 Muslims have been divided into two primary sects: The Sunnis and the Shias. These two sects have many similarities and both consider themselves as Muslims, following the will of God. However, they are also different from each other in certain aspects. Both the Sunnis and the Shias, agree on the fundamentals of Islam and share the same Holy Book. However, according to experts the division stems from their different historical experiences, political and social developments, as well as ethnic composition.

Examples of the Prophet's sayings

In the modern times, it has been observed that all the Muslim histories are identified or known as the ‘Islamic histories’. Q’uran or Koran is the holy book of Islam and Muslims. It contains the religious texts and laws of Islam and is considered to be the compilation of verbatim words of Allah as dictated to Muhammad. Presently, Islam has been criticized for its strict traditional believes and its treatment of women. Even though this has been changing to some aspect due to modernization, there are some sects who force members to follow the traditional law and rules.

In sum, one should use the terms, Islam and Muslim wisely and accordingly to prevent standardization of everything. Islam should describe the religion and, whereas, Muslims should only describe the followers of the religion.