Difference between Isolation and Quarantine 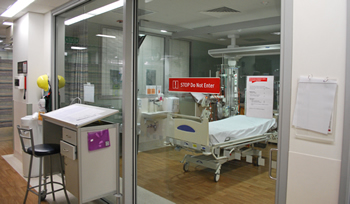 These terms usually come in play when one is dealing with a very infectious or contagious disease. These diseases can easily be spread via touch or sharing the same air. Diseases include TB, Chicken Pox, MRSA, Influenza, etc. The most widely accepted definition is the one offered by the CDC. Let’s look at these definitions first.

Isolation: separates sick people with a contagious disease from people who are not sick.

Quarantine: separates and restricts the movement of people who were exposed to a contagious disease to see if they become sick.

As the definition suggest, isolation is the act of separating people who are already sick from other people in order to keep the general public from getting sick. A person is often kept in an enclosed space in the hospital or home, where they are allowed only limited contact with the other public. 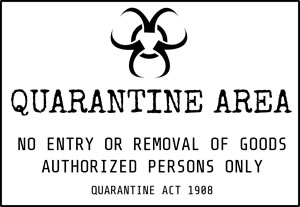 Quarantine is done when a disease can infect people first and the symptoms show up way later. In this scenario, a person who is believed to have come in contact with a particular virus or disease is placed in a protected environment to see if he/she may have actually become infected. Certain diseases such as Influenza, Tuberculosis, Ebola, Measles,

MRSA etc. do not show signs until later when they are fully developed, hence it if often difficult to pin point until the person starts showing symptoms of that particular disease.

If a person has come into contact with someone that has such as a disease, they could be quarantined until it is deemed safe or confirmed if they have such a disease. Quarantine is often used when a person comes into contact with an unknown substance or hazardous materials, which may or may not be detrimental to the person’s health. In this case, the person is usually placed under quarantine until proper tests are conducted.

Difference between Isolation and Quarantine: