Difference between Jainism and Buddhism 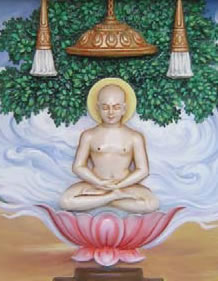 Jainism is one of the oldest religions of India. The last great saint of Jains is known by Mahavira. He is regarded as the twenty-forth and last of Tirthankara (ford-makers), belonging to this age. The two main sects of Jains are known as ‘Digambaras’ and the ‘Svetambaras’. It is a religion that teaches a path to spiritual purity through a disciplined mode of life that is based on the principles of non-violence to all living creatures. The name Jainism derives from the Sanskrit verb ji, meaning “to conquer.” It refers to the fight against the passions and bodily senses in order to achieve the purity of soul or enlightenment. It defines five vows that should be observed in order to achieve the Nirvana. These five vows are:-

Jain philosophy is based upon eternal, universal truths. Jainism philosophy believes that no supreme divine creator, owner, preserver or destroyer exists. On the contrary, it defines the universe as a self regulated system, and also believes that every existing soul is capable to achieve divine consciousness through its own efforts.

Buddhism is a tradition of practice and spiritual development. It can also be considered as a religion that is marked by a complex history, and is known to be based on a system of various beliefs. Buddhism believes in change, and considers it as a very important ingredient of life. The consequences reflect the actions. Buddhism is based on the teachings of Gautama Buddha.

Siddhartha was the son of an Indian-warrior king, who ruled at Kapilvastu. He led a very luxurious life through his early adulthood. During his early childhood, his father’s tutor had recognized that he is not an ordinary child. Later in his 12th year, the kind called wise Brahmins to discuss the fate of Siddhartha. The Brahmans warned the king, that the day his son gets to see old age, sickness or death, Siddhartha would devote him to asceticism. The father got worried and made all the efforts to ensure that his son remains in all possible comforts and does not get to see any suffering. 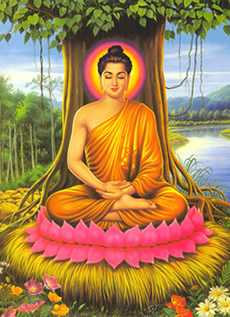 However, one day he decided to visit the nearby town and in spite of all the settings done by his father, he got familiar with sufferings through various men. The sufferings left a great impression on his heart and he decided to become a disciple of Brahamans in a hermitage. He was now known by the name monk Gautama.

In this hermitage, he studied various doctrines and learned deep states of meditation. However, few years later he felt that he was unable to find answers, and he left the hermitage in this disappointment. After leaving his place, he made his way to a dear park that was present at Isipatana. Here he sat beneath a tree meditating on death and rebirth. This meditation solved his questions related to sufferings and also enlightened him about the freedom from suffering. He also understood the way to achieve salvation. The Gautama Buddha spent the remainder of his life journeying India, and he taught others about his understanding.

Buddhism and Jainism are similar in many terms, as they both have originated in the same geographic region of India. They both oppose caste system and animal scarifies. The main similarity between them is that they both reject the existence of god. They both focus on ‘karma’ and its effect. Still, there are numerous differences that exist between them. Jainism remained near its origin whereas Buddhism was extended to countries like Nepal and China. The other differences are mentioned in the table:-

notion on soul is interchanged????

Thanks Greg, we have made the necessary changes.

The Branches/sects is backwards. At least I know "Theravada, Mahayana and Vajrayana, and so on" should be under "Buddhism". Some of the other sections seem off too. From my understanding the Buddah taught that there is not soul, "Atman", at lease according to some current Buddhist teachings. Also, I think "Notion on Karma" might also be reversed.