Difference between Jaundice and Yellow Fever

Key Difference: Jaundice is a medical condition that occurs due to elevated levels of the pigment known as bilirubin, whereas Yellow Fever is a viral infection that is transmitted by a mosquito known as 'Aedes aegypti'. 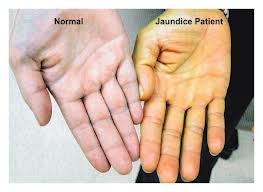 Jaundice refers to a medical condition in which skin, membranes and body secretions become yellowish. Jaundice occurs due to access of the pigment called as bilirubin in the blood.  Bilirubin is a pigment that is produced from the breakdown of red blood cells.  This yellow pigment is excreted in bile and urine. This pigment is also used to indicate the health of the liver. In case the bilirubin levels get elevated, then it can result into jaundice.

Let us understand that how the levels of bilirubin can get elevated- red blood cells are responsible for carrying oxygen to various body parts. After they complete their task, they break down and are removed from the circulation. This breakdown of used red blood cells also requires the removal of bilirubin that is produced due to the breakdown of red blood cells. This bilirubin passes through the bloodstream to the liver. The liver now has to process it. Processing means that the bilirubin reacts with a soluble sugar called glucuronic acid and thus converts into a more soluble form. This form of bilirubin is then excreted into the bile.

The bile travels through the gall bladders into the intestines where the bilirubin is converted into various pigments. The pigment like urobilinogen gets reabsorbed in the blood, whereas stercobilin gets excreted in the feces. The blood carries the urobilinogen back to the liver. Urobilinogen is excreted as a normal component of the urine. If this regular process of removal of bilirubin is disrupted then bilirubin starts accumulating and this condition is known as jaundice. Types of Jaundice:-

1.Hemolytic Jaundice: excessive breakdown of red blood cells is responsible for the high amount of bilirubin. In this case, the liver functions properly but there are chances that the liver gets damaged by the overwork.

2.Hepatic Jaundice: damage or disease in the liver is responsible for causing this kind of jaundice. Bilirubin enters the liver but the amount of bilirubin that is excreted from the liver is not in normal amount.

3.Biliary Obstruction: blockage in the bile duct is responsible for causing biliary obstruction. Due to the blockage, the bilirubin is not able to get out of the liver. Thus, the bilirubin starts building up in the blood.

Yellow fever is a type of viral infection that is transmitted by a bite from infected mosquitoes. This fever is known to damage the liver and can also be fatal for other internal 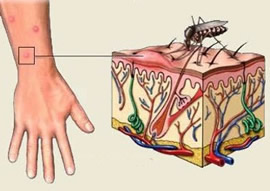 organs. The disease is common in South America and in some parts of Africa. People with old age are susceptible for the disease. The symptoms may take three to six days to develop after being bitten infected from the mosquito. In severe cases it causes a high fever. It may also result in bleeding into the skin and the death of cells in the liver and kidney. This liver damage can result into severe jaundice, and this is the reason it has been named as “yellow fever”.

The mosquito known as Aedes aegypti, and some other species transmit this virus to humans. These mosquitoes are generally found in tropical and subtropical parts of South America, parts of the Caribbean, and Africa (not Asia). Apart from mosquitoes, the only other known hosts of the virus are primates and humans.

It is believed that yellow fever originated in Africa and was introduced to South America through the slave trade in the 16th century. Several major yellow fever epidemics have taken place in Europe, the Americas and Africa since the 17th century. Some of the major differences are mentioned in the table:-

Very helpful the theme. Thanks