Difference between KH/s, MH/s and GH/s 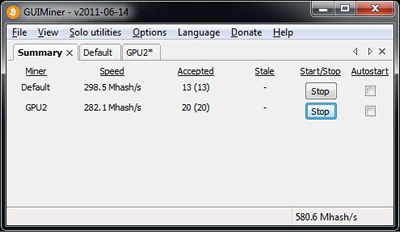 KH/s, MH/s and GH/s are terms that are a major part of data mining and bit coin mining. These terms are generally confusing for people that are not well-versed with the computing process of bitcoin. Bitcoin is a new peer-to-peer currency that has been created by pseudonymous developer, Satoshi Nakamoto. This is a bit difficult concept to understand as it requires understanding the basics of how the currency is created, how it works and how a user can spend it.

Lifehaker gives a simple and clear explanation of a Bitcoin. A Bitcoin is basically a form of digital currency that can be used as real current to purchase, sell and trade goods, services, etc. It works quite similar to a real currency. E-commerce companies have started accepting payments in Bitcoins as a form of currency. Bitcoins were created to have a form of currency that is safe to transfer but does not go through any institutions. No government based institutions will be able to issue these currencies or limit these currencies. However, there is a limit on the currency, once Bitcoin currency reaches 21 million, there will be no newer coins into circulation. So, only 21 million bitcoins will be in circulation online.

How to obtain bitcoins? Well, this is the tricky part. Now, bitcoins can be purchased for real money depending on the rate of conversion. This rate fluctuates constantly and can range anywhere from US$ 5 to US$ 75. A person can even make money but just buying and selling bitcoins for real money. However, the real way that bitcoins started is by doing complex mathematical calculations. This process is known as bitcoin mining. A person that wants to start with bitcoins must sign up for an online service like My Wallet (UK) or Coinbase (US). They must then link their bank accounts to this service. Following this they can them purchase bitcoins from a seller. Bitcoins only require an email address and they assign the user a Bitcoin address that you can give to people to give you money. The address work as an individual identity of the user, a person can also apply for multiple Bitcoin addresses.

Bitcoin Mining works by users using their computers to solve mathematical calculations; if the user’s computer is able to solve the calculation the user is awarded bitcoins. However, this requires having super computers that are fast and are able to compute high levels of mathematics. There are also many different software available for Bitcoin Mining that a person can download on their computer to run it. Users can also join a mining group, where multiple people join to solve computing problems and the payout is divided among the people of the group.

Now, where does the KH/s, MH/s and GH/s come into this? Well, this is the rate at which data is mined from the system. It is the raw speed performance of how fast the computer is working to solve a problem. It is measured in hashes. These terms are stated as hashes per second.

Please tell that if I have a laptop which has 2.5GHZ Intel core Intel Pentium N3710 processor.If I will mine Monero then how Much power it will produce ?