Key difference: The actual visible difference between various Asian ethnicities is minor, if any at all. It is generally said that Japanese people have a longer or an oval face with wider or larger appearing eyes and a more pronounced nose with a more pronounced bridge. Whereas, Koreans are said to have flatter faces with higher and squarer cheek bones with smaller eyes. However, these differences may differ according to people and cannot be taken as absolute truth. 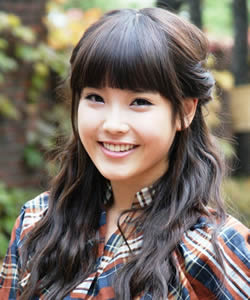 It is extremely difficult to differentiate the face shapes of closely related Asian countries such as Japan and Korea. This is mainly because they stem from the same geographic location and hence have faced similar anthropological differences. Due to this, they have developed and evolved similar characteristics, which have helped them over the years.

Furthermore, Japan was once connected to the mainland via Korea. Hence, the indigenous Japanese population had once originated in the mainland. In fact, some scientists believe that Japanese and Koreans have a common origin. Still, one may argue that since Japan is an island and the population was limited to the island for millennia, they may have some differences as compared to other Asian countries.

The actual visible difference between various Asian ethnicities is minor, if any at all. Someone who does not interact with Asians on a regular basis will not be able to tell the difference between Koreans and Japanese, just by looking at them. In fact, even an Asian person may be mistaken when differentiating between a Korean and Japanese, by looks alone. It is similar to the fact that a non-European will have trouble telling apart an Austrian and Hungarian or someone telling apart an American and a Canadian. The difference will be obvious to the person, but not to an outsider.

All Asians, including Japanese, Chinese, Koreans, etc., are considered to have smaller eyes than the Western population. However, this is not the case. Asians eyes are the same sizes as the rest of the human population, but they appear to be smaller due to their slanted shapes. There is a reason as to how and why Asians have developed slanted eyes. 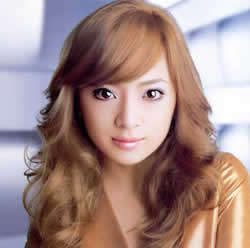 When one is out on a really windy day, we tend to squint, or half close our eyes instinctively in order to protect our eyes from the wind and the flying debris. We do the same to protect ourselves from bright sunlight reflecting on the snow. That is what the slanted eyes and the single eyelids do for the Asians, just biologically, instead of instinctively. The lack of the epicanthic fold allows the eyelid to cover the innermost part of the eye, in order to give maximum protection. However, unlike some racial slurs indicate, this does not affect their eyesight in the least.

It is generally said that Japanese people have a longer or an oval face with wider or larger appearing eyes and a more pronounced nose with a more pronounced nose bridge. Whereas, Koreans are said to have flatter faces with higher and squarer cheek bones with smaller eyes. The eyes are more likely to have single eyelids, as opposed to double. Furthermore, Koreans are said to have a less pronounced bridge, even lips and a round chin. Koreans also supposedly have a paler face.

However, these differences may differ according to people and cannot be taken as absolute truth. Instead of generalizing a typical Korean or Japanese look, in order to differentiate between the two ethnicities, one should focus more on other observable indicators such as name, language, behavior, hairstyle, clothing, etc. However, the easiest way to differentiate between them would be to just ask politely.

Lack of the epicanthic fold? The epicanthic fold is widespread in Asian populations. Some people even think that it's an exclusively Asian feature (it's not. It develops in all races). Also it is the case for some Asians that their eyes are smaller than the eyes of other racial/ethnic populations: not the actual eyeball size but I have seen many Asians that indisputably have a shorter width between the edges of their upper and lower eyelids of their open eyes.
As there are no ethnic Canadians or ethnic Americans people don't and CAN'T distinguish between Canadians and Americans by physiological appearance. It's not a good comparison. At best you can distinguish some Canadian indigenous populations from some American indigenous populations who don't have cross-national territories.
If Japanese and Koreans didn't have a common origin they wouldn't belong to the same racial category. Just saying. If you mean a more recent common history than with other Asians, say Japanese and Vietnamese, then you're making more sense.
Despite my above commentary, I agree with your article's message.