Difference between Labor Day and May Day

Key Difference: Labor Day is a federal holiday in the United States that is celebrated to honor the contributions of the American laborers and also the American Labor Movement. May Day has two meanings: one to celebrate laborers (known as International Worker’s Day) and celebrating the start of summer. 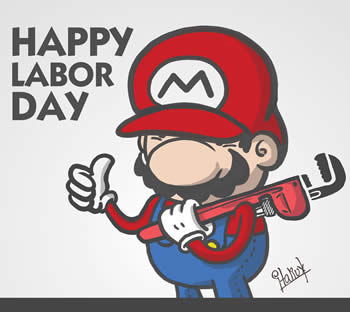 Labor Day is a federal holiday in the United States that is celebrated to honor the contributions of the American laborers and also the American Labor Movement. The day is a yearly national tribute to the contributions workers have made to the strength, prosperity, and well-being of their country. The day can be dated back to 1886 and was promoted by the Central Labor Union and the Knights of Labor.

The two groups established a parade for the laborers on May 1, 1886. However, an incident that resulted in a peaceful protest to turn violent and loss of lives, the date of the celebration was shifted from May 1 to the First Monday in September. The celebrations included in giving the laborers a day off and keeping a feast in their honor to their family members. The day included a picnic, games and fun activities. According to the United States Department of Labor, Labor Day is often celebrated with a parade in order to, “exhibit to the public "the strength and esprit de corps of the trade and labor organizations."

Honoring laborers is also celebrated in other countries but in association with the International Worker’s Day on May 1st. This results in the confusion that stems from naming two same events with different names. However, May 1st is not limited to honoring laborers.

May Day has two meanings: one to celebrate laborers (known as International Worker’s Day) and celebrating the start of summer. The first meaning came around in the late 19th century, whenMay Day was chosen as the date for International Workers' Day by the Socialists and Communists of the Second International to commemorate the Haymarket affair in Chicago. Haymarket affair was the peaceful protest that turned violent and resulted in the death of as many as 7 people. The protest was organized by laborers that wanted a shorter working day – reducing the daily working hours from 10 to 8 hours.

However, the first and foremost meaning of May Day of honoring the start of summer and life can be dated back to the pre-Christian times. May Day is an ancient Northern Hemisphere spring festival that includes dancing, singing, extravagant food and sweets. The earliest celebrations honored were known as the festival of Flora that would honor Floralia, the Roman goddess of flowers.

May Day is also associated with the Gaelic Beltane, most commonly held on April 30, which was a traditional summer holiday in many pre-Christian European pagan cultures. While February 1 was the first day of Spring, May 1 was the first day of summer; hence, the summer solstice on June 25 (now June 21) was known as Midsummer. Many countries celebrate the day using different traditions, some also include Mother Mary. However, each festival celebrates the beginning of summer and includes dancing, music, singing, games, food, sweets and many other fun activities.

Comparison between Labor Day and May Day: