Difference between Lake and River

Key difference: Lake and river are both bodies of water. The main difference between a river and a lake is the size, shape and movement. Rivers looks like snakes slithering away, whereas lakes are more like huge puddles of water. Rivers are always moving, whereas lakes for general purposes are stationary. 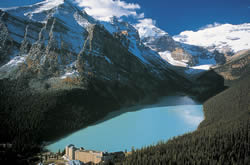 Lake and river are both bodies of water. Water bodies make up the hydrosphere that covers 71% of the Earth. The Earth’s hydrosphere, i.e. all the water bodies on earth, makes up the World Ocean. The World Ocean is then further distinguished into 5 oceans, the Pacific, Atlantic, Indian, Southern (Antarctic), and Arctic. These oceans are in decreasing order of size, with the Pacific Ocean being the biggest, and the Artic Ocean being the smallest.

There are various types of water bodies on Earth, among which are the lakes and rivers. Dictionary.com defines lakes as “a body of fresh or salt water of considerable size, surrounded by land.” Whereas, a river is defined as “a natural stream of water of fairly large size flowing in a definite course or channel or series of diverging and converging channels.”

Essentially, a lake is a large body of water. It is larger than a pond, however smaller than a sea or ocean. It is usually land-locked, i.e. surrounded by land on all four sides. The lake can be fresh-water or salt-water. It can be located in various places, such as mountainous areas, rift zones, areas with ongoing glaciation; it may even be located under ground. Today, artificial lakes are also constructed in many areas for industrial use, agricultural use, for hydro-electric power generation, for domestic water supply, for recreational purposes, etc. 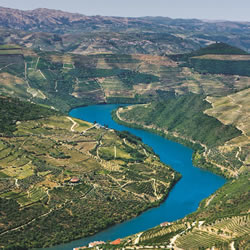 A river, on the other hand, is a natural watercourse. It is always moving and usually flows to or from other bodies of water, such as oceans, seas, lakes or other rivers. In some instances, a river may flow into the ground or dry up completely at the end of its run. Rivers are generally bigger than streams, creeks, brooks, rivulets, and rills.

Usually, when it rains, the water collects in drainage basin and flows off in the form of a river. This water may also include water stored in natural ice and snowpacks, glaciers, etc. The river then flows to join other bodies of water, such as lakes, other rivers, seas, oceans, etc.

The main difference between a river and a lake is the size, shape and movement. Rivers looks like snakes slithering away, whereas lakes are more like huge puddles of water. Rivers are always moving, whereas lakes for general purposes are stationary.