Difference between LAN and Internet

Key Difference: LAN stands for Local area network. It is a computer network which is confined to a small area or location. Internet is a global network that supports communications by using a common language. It is the world’s largest computer network. 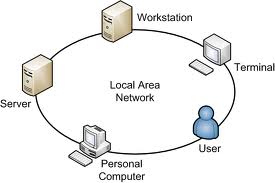 LAN stands for local area network. It refers to an individual network that covers a small geographical area. A LAN is generally owned and managed by a single organization. These networks are very helpful in connecting the users within the organization. LAN is composed of three major components –

LAN’s are generally categorized according to the techniques used by them for data sharing. LAN possesses high bandwidth in comparison to wide area network. The maximum speed of LAN can reach upto 1000 megabits per second. All hosts on a LAN have addresses that are a part of single continuous and adjoining range. LANs usually do not contain routers. 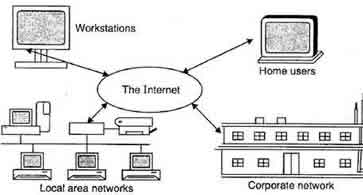 Internet is a global network that supports communications by using a common language. It is the world’s largest computer network. It can be described as a global information system which is logically linked by a globally unique address space. This space is based on the IP protocol or its counterparts. In 1969, ARPANET was developed as a packet switching network. It was an experimental network of computers.  Later, the TCP/IP protocols were adopted by ARPANET. Later in 1991, World Wide Web (WWW) was released.

WWW is supported by the internet. It also supports many special-purpose client/server based software systems. Internet is also known as net in short form. The internet Web physically consists of a personal computer, web browser software, a connection to an Internet service provider. In addition to these components, internet also requires some special computers that are known as servers. Servers host digital data. Routers and switches are also required to direct the flow of information.

Comparison between LAN and Internet: