Difference between LAN and Intranet

Key Difference: LAN stands for Local area network. It is a computer network that interconnects computers within a small area like in an office building or a school. Intranet is a private internet network that supports all common protocols like TCP/IP, HTTP and other internet standard protocols. An intranet is used to add internet like services to the LAN. 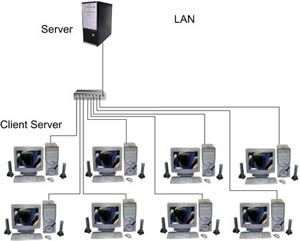 Many people get confused with the terms Intranet and LAN (Local Area Network). To determine the differences between the two, one must understand the underlying concepts behind them. LAN stands for Local area network. It is a computer network that works within a relatively small area. One can find it confined to a school building or a small office.

In a LAN set up, only one computer is connected to the internet and that computer acts as a gateway for other devices. Thus, the devices are connected to a switch or a hub. Servers act as stores for storing the shared data. In case, an extra device wants to be a part of the set up, an extra hub or switch is added to complete the task. Computers connect to a LAN through a network interface card. LANs can be based on two types of connections – wired or wireless connections. Due to the convenience, wireless LANs are being preferred over the wired ones. LAN possesses high bandwidth in comparison to wide area network. The maximum speed of LAN can reach upto 1000 megabits per second. 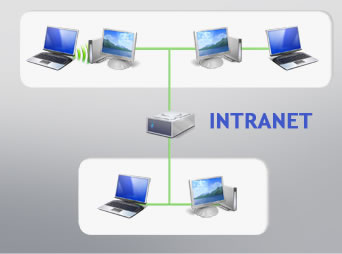 Intranet is a private internet network that supports all common protocols like TCP/IP, HTTP and other internet standard protocols. The concept behind the evolution of intranet can be explained with the help of understanding the local area network. Internet was gaining a lot of popularity and the organizations felt that it would be better to have an internet like service on their internal LANs.

The concept of intranet emerged as a solution to this problem. Intranet is able to support TCP/IP based protocols as it uses TCP/IP. An intranet is able to run web servers, web clients, mail servers and mail clients. One can describe it as a small and private internet.

In precise, Intranet is an extension of a LAN in which Internet protocol services are added.

Comparison between LAN and Intranet:

Prepared to know me