Difference between Latter and Former

In the English language, there are various parts of speech that help us understand and properly use words and sentences, ex: nouns, adjectives, verbs, etc. The terms ‘former’ and ‘latter’ are determiners and a type of adjective. An adjective is a 'describing' word, whose main role is to qualify a noun or noun phrase, providing more information about the object given. Determiners, though different from adjectives are considered as a sub-set of it. Determiners are words that reference a thing already in context and identify the relative position of a noun in time and space. 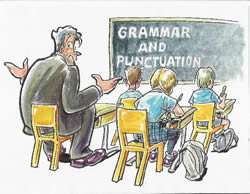 Merriam Webster defines the term ‘former’ as, “coming before in time; of, relating to, or occurring in the past; preceding in place or arrangement; and first in order of two or more things cited or understood.” ‘Former’ is derived from the Middle English word, ‘forme’ meaning “first.” The term describes the first of the two things or people that were previously mentioned.

The term ‘later’ is defined as, “belonging to a subsequent time or period : more recent; of or relating to the end; of, relating to, or being the second of two groups or things or the last of several groups or things referred to.” It is the last mentioned in a comparison of two things or people. ‘Latter’ is derived from Old English word, ‘lætra’ meaning “late.”