Difference between Lobster and Yabby 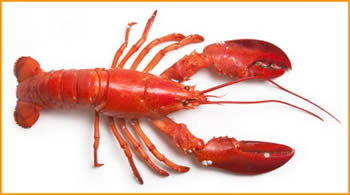 Lobsters and Yabbies are two types of crustaceans. Crustaceans are a very large group of arthropods, which means that they have an exoskeleton, which they molt to grow. Unlike other arthropods, crustaceans have biramous (two-parted) limbs.

There are many crustaceans that have the word "lobster" in their names, however, only the clawed lobsters of the family Nephropidae are considered as true lobsters. Lobsters have 10 walking legs. The front three pairs have claws, the first of which is the largest. These are what gives the lobsters their distinctive look. Lobsters also have antennas on the top of their head, which they use as sensors in the water and to communicate. The closest living relatives of clawed lobsters are the reef lobsters and the three families of freshwater crayfish.

The name yabby is given to two different kinds of crustacean in Australia. These are the freshwater yabby and the marine yabby. The marine yabby is a type of ghost shrimp which lives in deep burrows in mudflats or sandbanks, especially in or near estuaries in the intertidal zone. These are commonly used as bait for fishing, especially in Queensland and northern New South Wales. The bass yabby is a common species that is found in south-eastern Australia. 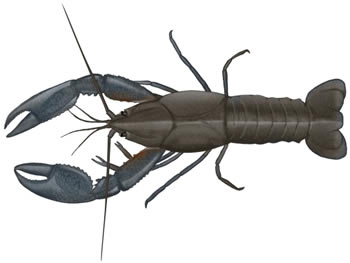 The freshwater yabby is the more commonly known yabby. It is a type of crayfish belonging to the genus Cherax. These are often caught for food and can be found indams, ponds, lakes and rivers in Australia's Eastern States. The common yabby is the most common type of freshwater yabby. However, the term ‘yabby’ is commonly used to refer to many different types of crustaceans, commonly different types of crayfish, however, these are not officially considered yabbies. Only the Cherax destructor is officially called a yabby.

The common yabby is a crustacean similar to lobsters, however, unlike a lobster, the common yabby is a type of crayfish. Yabbies are found in swamps, streams, rivers, reservoirs and farm dams at low to medium elevations. Their body structure is very similar to lobsters. They also have 10 walking legs. The front three pairs have claws, the first of which is the largest. They also have antennas on the top of their head, which they use as sensors in the water and to communicate. They also have the distinctive tail of the lobster. However, the major difference between a yabby and a lobster is that yabbies look like miniature lobsters.