Key Difference: The Maruti Suzuki Alto 800 and Hyundai Eon, both are small cars meant to be driven in the city. However, Eon has more features and considerably good looks as an entry level car of Hyundai. 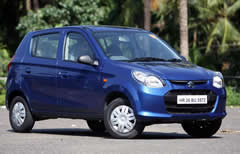 The Alto was first introduced in 1979 and since then, there has been many changes in its versions, variants and models. It is marketed with different body styles and names in various markets. The Alto is India’s best selling car because of its low cost, low maintenance and fuel efficiency. Maruti launched a new version of the Alto 800 in India in 2012 with new body and features. The Alto 800 is very fuel efficient and has made a monopoly in the entry level car segment. There are multiple variants avilable in the Indian markets, as well as other markets in the world, including those that run on petrol and CNG. 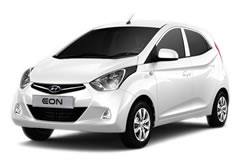 On the other hand, the Hyundai Eon is a hatchback entry level car by Hyundai. It was released to break the monopoly of Maruti in the entry level segment. Cars like Maruti Suzuki Alto and Suzuki Celerio were the main competitors. The launch of the Eon was warmly welcomed by the people. It was first launched in India on October 1, 2011. Later, it was launched in March and June 2012 in Philippines and Vietnam, respectively. Hyundai is planning to introduce a new model of Eon by 2014 with facelifts and a 1.0 litre engine from the Santro Xing.

Please any one tell me new Hyundai Eon Launch date....plz help me which is better car millege & style hyundai Eon or maruti alto 800.