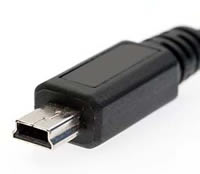 In 1994, a group of seven companies began development on the Universal Serial Bus (USB). These were Compaq, DEC, IBM, Intel, Microsoft, NEC and Nortel. USB was developed with the intention to make it easier to connect external devices to computers. USB was meant to replace the number of various connectors at the back of computers, as every device had its own form of connector. The USB was meant to make an industry standard, a port for majority of the devices.

Universal Serial Bus (USB) is an industry standard that defines the cables, connectors and communications protocols. It is used in a bus for connection, data communication and power supply between computers and electronic devices. These devices currently include all forms of computer peripherals, such as keyboards, pointing devices, digital cameras, printers, portable media players, disk drives and network adapters, in addition to other devices, such as smartphones, tablets, PDAs and video game consoles.

USB is currently the most commonly used form of connector. As of 2008, approximately 6 billion USB ports and interfaces were commonplace globally. Since then, approximately 2 billion are being sold annually.

Since its inception, the USB has evolved to some extent over the years. USB connectors mainly have two sides, the A type and B type. The A type is the one that is used on devices that provide power, i.e. the computer, while the B types are used on peripherals. The most common A type is the USB 2.0. These are the one we most commonly find on the back of the computers. USB 3.0, which provides faster data transfer as compared to USB 2.0, has been available for some time, however, integration has been slow.

Currently, the most common B types are the micro USB and the mini USB. Both are smaller in size than the standard USB, with mini USB predating the micro USB. Both also have five pins, as opposed to four on the standard: one for power, two for data, one for ground, and one for ID. The ID pin is typically of no use in mini USB connectors. It was mainly designed to allow for later upgrading of the USB technology, such as in micro USB.

10,000 connects and disconnects, giving it a longer life than mini USB. Also, micro USB is slightly smaller than the mini USB. This was required as devices, such as mobile phones, tend to get smaller. Most of the mobile phones now incorporate micro USB connectors.

Furthermore, the fifth pin, i.e. ID pin, has a function in special micro USB AB connectors. With AB connectors the ID pin can allow the device to function as either an A or B connector with the standard USB technology. Hence, the newer smartphones or tablets, which are incorporated with this, have the option to act either as a simple storage device or as the device that is dictating the action, such as the computers.