Difference Between Mule and Donkey

Key Difference: Mules are a hybrid breed between a donkey and horse. It does not have the ability to reproduce. It shares the horse’s tail, body shape, height and teeth.

The differences between a mule and a donkey are very few. Both of these animals belong to the Equidae family and are primarily used as working animals. 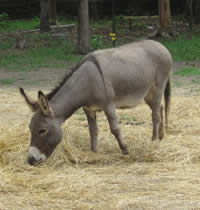 Donkeys are domesticated hoofed animal that are used as working animals in countries around the world. A male donkey is known as a jack, while a female donkey is called a jenny. Donkeys are purebred. 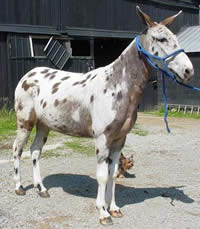 A Mule on the other hand is a hybrid or a cross between a jack (male donkey) and a mare (female horse). Mules resemble a donkey with similar ears, thick head and short manes, but share the horse’s height, body shape, teeth and tail. Mules also have the ability to jump from standing position, something donkeys are not able to do.

A main difference between a mule and donkey is that a mule is infertile. Due to sharing 62 chromosome of a donkey and 64 chromosome of a horse, mules have 63 chromosomes. The different structure of the chromosome prevents them from pairing up and reproducing. However, some female mules (mare mules or mollies) have shown the ability to carry a fetus, from methods such as embryo transfer.

I am a great mental person in education dept bikaner I want to have donkey riding I am interested in donkey riding.