Difference between NAFTA and EU

Key Difference: NAFTA is a trilateral rules-based trade bloc in North America that has 3 members. European Union is a politico-economic agreement between 28 countries that reside primarily in Europe. 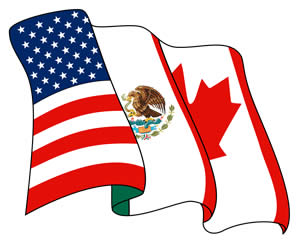 NAFTA and EU are two commonly heard trade blocs around the world. NAFTA, also known as North American Free Trade Association is an agreement between three countries: Mexico, Canada and the United States. However, EU or European Nation is a treaty signed between 20 countries in the Europe. Although, they serve the main purpose of being a trade bloc, they have many differences between them.

NAFTA is a trilateral rules-based trade bloc in North America that came into effect on January 1, 1994. It superseded the trade agreement between just the United States and Canada. It has two supplements: the North American Agreement on Environmental Cooperation (NAAEC) and the North American Agreement on Labor Cooperation (NAALC). The main goal of NAFTA is to eliminate barriers to trade and investment between the U.S., Canada and Mexico. Additionally, it also seeks to eliminate non-tariff trade barriers and to protect the intellectual property right of the products.

Environmental and agricultural issues have resulted multiple disputes because of the agreement being between two developed nations and one developing nation. In Agriculture, three separate agreements were signed between each pair of parties. The Canada–U.S. agreement contains significant restrictions and tariff quotas on agricultural products (mainly sugar, dairy, and poultry products), whereas the Mexico–U.S. pact allows for a wider liberalization within a framework of phase-out periods (it was the first North–South FTA on agriculture to be signed). 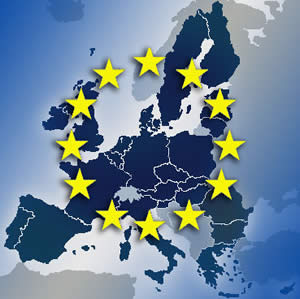 European Union is a politico-economic agreement between 28 countries that reside primarily in Europe. It came into effect when it was formed by 6 countries during the period of 1951 and 1958. Following the success of these 6 countries, over the years more and more countries have joined making the EU one of the biggest trade blocs in the world. The EU operates through a system of supranational independent institutions and major decisions are taken by members that are elected by all the member parties.

The objective of EU was to create a single market through a standardized system of laws that apply to all member states. It has enabled countries to allow free movement of goods, services, people and capital. All countries maintain common policies on trade, agriculture, fisheries, and regional development. A monetary union was established in support of the EU, which allowed countries to share the same currencies. It currently consists of 18 members that all use the Euro as their main currency. The union maintains permanent diplomatic missions throughout the world and represents itself at the United Nations, the WTO, the G8, and the G-20.

Although, they share similar objectives of establishing free trade between the member parties, both the trade blocs differ in terms size, power and reach. EU is larger in size, power and has a more global reach with its 28 members, while NAFTA has a smaller size with only 3 members. Each trade bloc has its own objectives, rules and regulations based on the type of issues that exist among the members.

Comparison between NAFTA and EU: