The word anthem is associated with any song or hymn that consists of feelings like praise, joy, triumph and pride. Thus, a song that brings out the same feelings is selected as the national anthem. National anthem is a patriotic hymn or song and is officially adopted by the countries. Hence, a country can have only one national anthem. 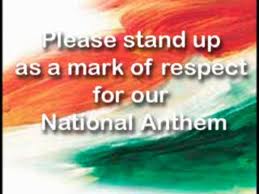 A national song is also a patriotic song but it is different from national anthem as it may or may not have official recognition. It is also a patriotic song like anthem. It is not mandatory to have a national song. India recognizes ‘Vande Matram’ written by Bankim Chandra Chaterjee as its National song. This song was famous among the freedom fighters, and due to the patriotic fervor, it was later adopted as the country’s national song.

While I thank you for the clarification, I would like to point that the our national anthem is :Jana gana mana and not "Jan man gan". Please have some respect to Indian national anthem especially while posting on website for public. Regards

Thanks Madhumita, we corrected it :)

thanks for clearing me in the big confution........

Special tribute to both the Bengal Legends