Difference between Newspaper and Magazine

Key difference: The differences between a 'newspaper' and 'magazine' are based on their appearance, size, readability, content and the audience. Though, the one main difference is that magazines are available on monthly basis, and newspapers are available on a daily basis. 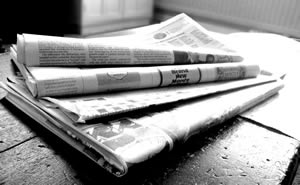 The roots of Newspaper lie as early as the Julius Caesar times. At that time, it was the scrolls that were read in front of the public to inform them of important happenings and events. Then, in 59 B.C, the first ever newspaper named ‘Acta Diurna’ was said to be created. On the other hand, magazines came into the limelight in the 18th century. They were first published as forms of leisure, and with the times passing on became an important source of information and entertainment.

Another difference is the content and its division in both, magazines and newspapers. It is very obvious that newspaper content is far more serious and direct than magazines. Also, newspapers have a variety of topics such as business, crime, entertainment, politics and sports, whereas magazines are more about a specific topic. In case of division, with the size difference, it is pretty easy for newspapers to present their information right on the front page, while reader have to flip from start-to-end, and focus for a specific story in magazines.

In terms of business, both earn their profits on the basis of advertisements; magazines have some stiff advantage over newspapers. Although, magazines tend to attract a “recall value” among its readers with their glossy pages, newspapers have an edge because of their availability. Also, it is given a fact that newspapers are circulated on a daily basis, so they sell more than the weekly magazines.

Additionally, the production of magazines is more costly than newspapers. This is because to print a magazine is a very careful process that entails the right color and texture of the pages, whereas newspapers simply need a printing press, and black and blue ink. This, on the other hand, affects the price of the magazine and the newspaper, wherein the former is expensive than the latter. 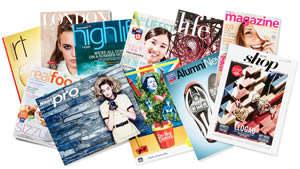 Along with these differences, one important difference is the literary freedom of writing in the newspaper and magazine. Usually, magazine writers have the tenacity and freedom to express things in a creative manner as their job is to be creative and fun, while newspaper writers are compounded to a somewhat strict, strong, formal and straight to the point view, as their movements are mostly based on facts and figures.

As newspapers provide a broad spectrum of news and information, they tend to have a much wider target audience than that of a magazine with young people, adults, males and females all interested in its content. However, magazines tend to focus on specific interests and information, meaning it only targets a specific gender or age, thereby reducing the number of people who are interested in purchasing it.

Comparison between Newspaper and Magazine: