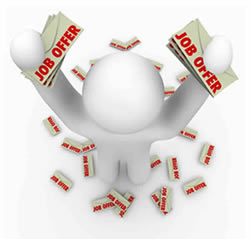 You might have heard about the offer letter but not about the contract letter. Most of the people think that they both refer to the same thing and are not even bothered to make any distinction. However, both are different to each other. Certain aspects may change from one company to another company in the implementation of these terms but the general definition remains the same for both.

Now, you might be thinking that it is a contract in its own, then why we have a separate term known as contract letter. Well, the answer to your question is simply hidden in the word contract. Contract defines the agreement between the parties. Parties here refer to the employer and the employee. An offer letter is just depicting the company’s intentions regarding the salary and other benefits. On the other hand, the word contract letter is used in context to more specific kind of agreement between the employer and the employee. A contract letter is generally prepared after the acceptance of offer letter from the candidate.

Many companies skip this process as they tend to think that this letter would deprive them with certain powers. The main power is regarding the firing. If the contract letter is not signed, then according to offer letter most of the things are generalized and are written in context to subject to change. However, the contract letter is more specific and thus becomes a head ache for the company if they want to fire a candidate. In the contract letter, ideally they need to define the period that should be served by the employee in the company.

Let us consider an example: A company named as XYZ offers a job to Sally as a fashion designer. The company provides a letter to Sally stating the offer. It includes 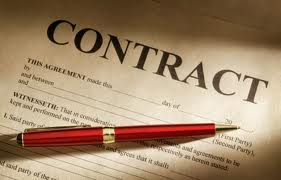 the package, the health benefit plans, the position and many other details. Sally accepts the offer. Then, the company issues a contract letter to Sally stating that she would work for 1 year with the company and many other conditions, including that if Sally leaves within one year of joining, then she has to serve 30 days notice period.

Now, Company XYZ after seeing the work of Sally realizes that she is not able to cope up with the work pressure and wants to sack her out. The company cannot do it easily, as already a contract of 1 year has been signed with Sally. On the other hand, even if Sally wants to leave immediately, then also she needs to work for the notice period after resigning. It becomes binding for both parties. However, it all depends upon the conditions and terms defined in the contract letter.