Difference between Prada and Gucci

Key Difference:  Prada and Gucci are two pioneers in the fashion industry. These brands are often seen as competitors. Prada is known for its combination of simplicity and functionality in the products, whereas Gucci is more popular for its ‘chik’ designs. 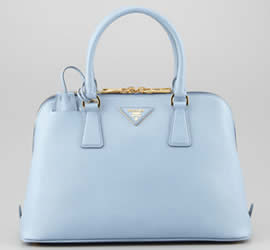 Prada refers to a famous brand which was founded by Mario Prada in 1913 in Milan. It gained popularity for selling exclusive luxury accessories and goods made in fine materials.

Prada has been a popular Italian fashion house dealing with luxury product. This designer label Prada has become synonymous to style and luxury. Started with the handbags, shoes, suitcases, it has covered a lot more segments of luxury items.

Miuccia and Patrizio Bertelli revived the Prada handbags which were made from black nylon and were liked for their simple and sleek design. It became an icon brand by the 1990’s. The products of these brand are popular for their high quality and high prices. It generally uses colors like browns, grays, greens and creams. 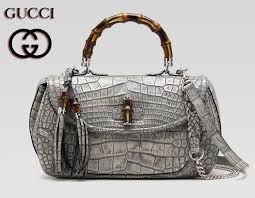 Like Prada, Gucci is also a famous Italian fashion brand. It is also known as a good quality leather brand. The brand was founded by Guccio Gucci. It originated as a saddler shop in Florence in 1906. It made its mark initially by selling leather bags to horseman, and gradually moved towards production of luxury luggage. Its first retail shop was opened on the Via Condotti in Rome in 1938. Currently the company is owned by the French conglomerate company, Pinault-Printemps-Redoute (PPR).

During the mid 1050s, many stores of the brand were opened in London, Palm Beach, Tokyo and Beverly Hills. The brand has been associated with designing ‘chick’ products. Gucci and Prada are often seen as competitors.

They both seem to be following different philosophies. The products of Gucci are based on the principles of higher living and pleasure seeking, whereas Prada products are mainly focused on the functional aspect of the product. It all depends upon an individual’s choice to prefer one on the other as they both deal in similar types of fashion product. However, both have gained popularity and often seen as tough competitors of each other.

Comparison between Prada and Gucci: