Difference between Queer and Transgender

Key Difference: Queer is a slang term used for people identifing as LGBT and other sexual minorities. Transgender is the state in which a person’s gender identity does not match with his/her physical sex. 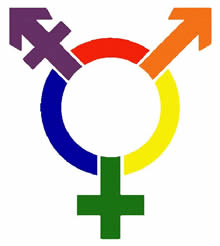 Transgender people may identify as heterosexual, homosexual, bisexual, pansexual, polysexual, or asexual. It does not imply to any specific form of sexual orientation. As per Wikipedia, transgender means:

The following table shows some differences between queer and transgender: