Difference between Rs and Re

Key Difference: Rs. and Re. are used to represent Rupees. Re. denotes a singular value of rupee, while Rs. is used to denote multiple rupees. 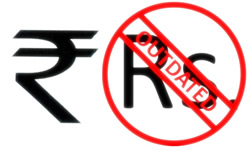 The terms ‘Rs’ and ‘Re’ are both used to denote the currency, Rupees. Rupee is a currency that is used in many eastern countries. Just as dollars are denoted with the ‘$’ sign, rupees were denoted and represented using the Rs. and the Re.

The major difference between the Rs. and the Re. lies in quantity. The quantity of the money determines what word precedes the amount. Re. is used to denote a single value or unit. For example it will be Re.1 and not Rs.1. However, when dealing with more than one value of money, it will be written as Rs. 3 and not Re. 3. This can become a bit confusing as there is no set definition that sets these two apart.

Recently, India has issued a new symbol that is now used to represent the Indian rupees. The symbol,

is a mixture of the devanagari script and the English word ‘R’. The symbol for rupee is now considered as a replacement for both Re. and Rs., making these two terms obsolete.